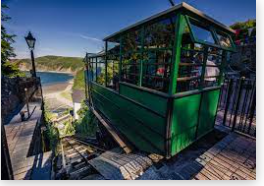 Nestling on the shores of North Devon lies two of the most picturesque villages in the UK. They are not as well known as they should be but still get their fair share of visitors throughout the year. They have a nice beach, quaint shops and beautiful walks to wander. Better still they are the Northern gateway to the wild and mysterious Exmoor. However, one of its most amazing features is how you can travel between the two villages. The famous tramway makes the steep ascent from Lynmouth, at the bottom, to Lynton at the top. The most intriguing thing is it is powered purely by water power. 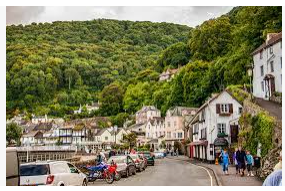 Fluid power is one of the most powerful “fuels” that you can use. Some of the best examples are available from https://dana-sac.co.uk/fluid-power. There was a very big need for the funicular railway. Lynmouth, being as sheltered, found that its only room for expansion was upwards. Thus the village of Lynton (ton meaning “hill”) above Lynmouth was formed. However, getting goods and people up the steep slope was near impassable.

The answer came via the railway. Running on rails the system works simply enough. One water tank is filled up and this brings the carriage down slowly. It also brings the other carriage up. It’s so precise that it is able to stop halfway to accommodate a road. It has been running continuously since 1890. The only real changes were the change from wooden sleepers to concrete ones ensuring the longevity of the railway.