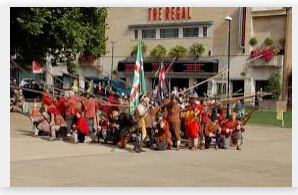 Gloucester is a city that is steeped in history and surrounded by beautiful landscapes. Many people choose to visit the Cotswold for a nice weekend getaway and a visit to Gloucester is always a must. You can find lots of Local Things to do in Gloucester by taking a look at places like https://www.localthingstodo.co.uk/locations/things-to-do-in-gloucester/.

With the docks area open for visitors to look around, and lots of options for places to eat it is no wonder that it is a city with a thriving atmosphere. 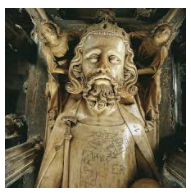 Gloucester was once a major Roman city, known as Glevum. Its fame and fortune grew due to the pioneering spirit of its inhabitants and it’s links to the RIver Severn and the sea. The people of Glevum were retired legionnaires and Centurions who had seen decades of active military service. They were given homes and land depending on their status. The town became so large that it soon outstriped it’s nearest neighbour Coriunium (Cirencester).

After the fall of the Empire the town suffered, like most ex-Roman settlements did. The land became ruled by Warlords and Kings of the Saxons, Angles and Jutes. What really put Gloucester back on the map was the start of it’s huge Cathedral. This brought pilgrims, and money, to the city and this, combined with the fame of the Docks brought great wealth.

The city continued to be important throughout the ages. It has an early King of England, Edward II, buried there. It was a staunchly parliamentarian stronghold, unusual as the West Country was generally for the King. It also played a big role in the Industrial revolution.