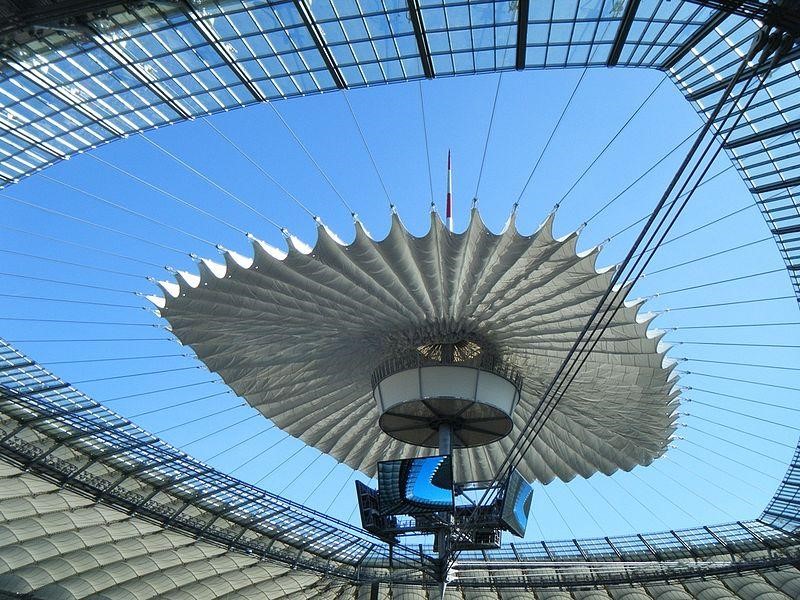 Retractable roofs used to be the preserve of multi-million pound venues such as sports stadia and exhibition centres, but now they’re becoming an increasingly common sight in urban environments.

From London to Paris, New York and beyond, restaurants and other venues can now simply close a retractable roof over their patrons to keep them warm and dry. So when you are thinking of a venue for your companies christmas doo this year why not pick one of these incredible locations.  You could hire an Events Agency Dublin company like davis events to do all your preparation for you but maybe through a couple of suggestions there way.

Retractable roofing got off to a shaky start. Canada’s 1976 Olympic stadium was to have a retractable Kevlar roof but it took until 1987 for the roof materials to be shipped from the French warehouse in which they been stored.

The technology has developed at a staggering pace in the intervening period. Atlanta’s Mercedes-Benz stadium’s 14.5-acre roof is currently being assembled. It comprises eight translucent “petals” that open and close like a camera shutter to create an oval-shaped open space larger than the football field itself.

The roof of the new Wembley Stadium in London can slide across to shelter every one of the 90,000 seats beneath it while leaving the pitch aired and open to the weather. The iconic arch above the stadium suspends the entire north section of the roof, and 60 per cent of the southern section.

Still in London, after years of debate a retractable roof was installed over Wimbledon’s Centre Court to reduce the amount of time wasted by rain-induced delays. It takes ten minutes to close, but the air-conditioning system can take up to three quarters of an hour to acclimatise the area.

Staying with a tennis theme, the retractable roof over New York’s Arthur Ashe Stadium may well still be a work in progress, but the 6,500-ton structure, supported separately from the rest of the stadium by eight concrete and steel pillars, promises to be an eye-opener next year and will bring some much-needed shade to the spectators below.

Here in the UK roof systems such as the O2 (the largest fabric structure in the world) are increasingly installed by specialists in both public sector and privately owned buildings.

Regardless as to their construction, the flexibility of retractable roofs across the world ensures that venues can adapt to ever-changing weather conditions.