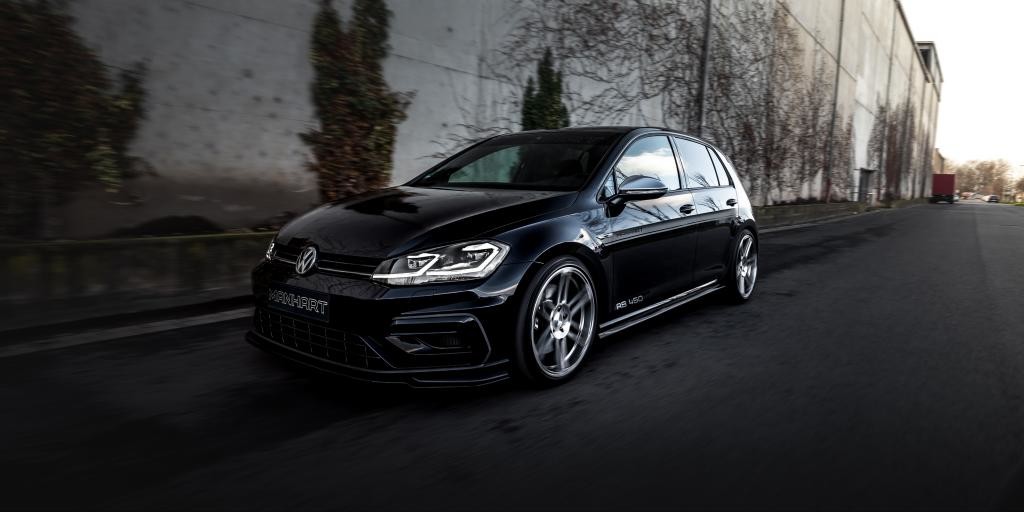 The Volkswagen Golf GTI, GTD and GTE, the most performance versions of the eighth generation of the Volkswagen Golf – with permission of the R variant – were announced at the beginning of the month coinciding with the 2020 Geneva Motor Show, where they should have shone brightly face-to-face Manhart RS450.

Three versions as an aperitif until the new Golf R is officially announced in the summer and to which we must add the seventh-generation Golf R supplemented by Manhart, which will help liven up the wait. 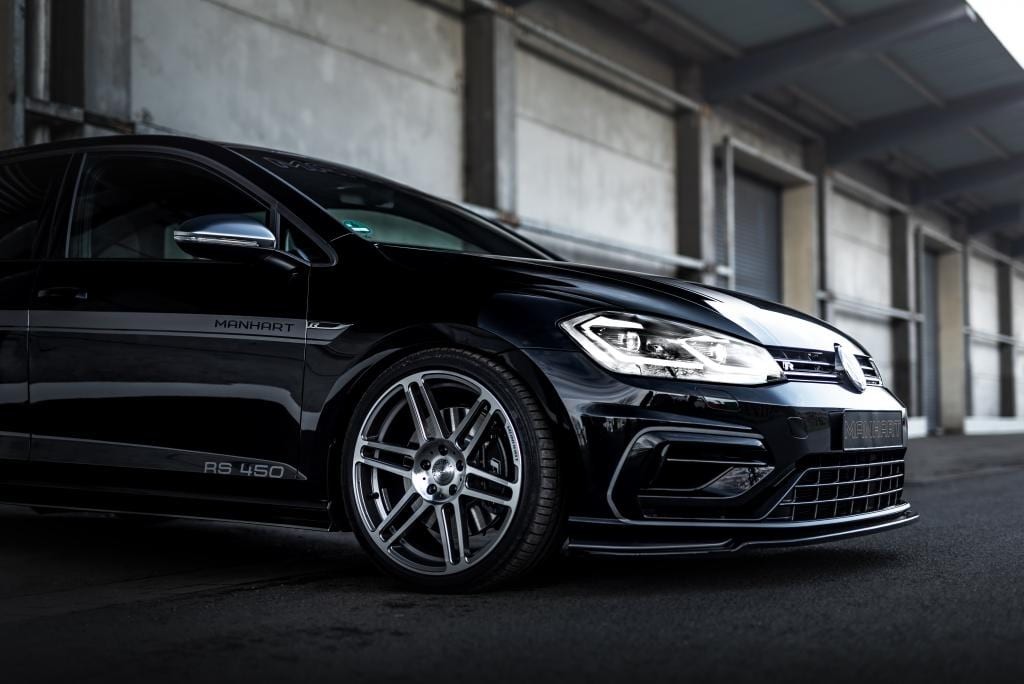 Named Manhart RS450, the German specialist Manhart Performance has brought the Golf R up to 450 hp and 500 Nm of torque, that is, it far exceeds 333 hp (245 kW), which will boast the renewed compact that will govern the series in terms of power after having gained 33 HP of power compared to the current model.

For this it maintains the 2.0 TSI gasoline engine, four-cylinder, but it has been modified has been modified to have a larger turbocharger, an intake intake built in carbon fiber with the rubric of Eventuri and, of course, has been Modified the electronic control unit to unleash this unit of the mythical German model. 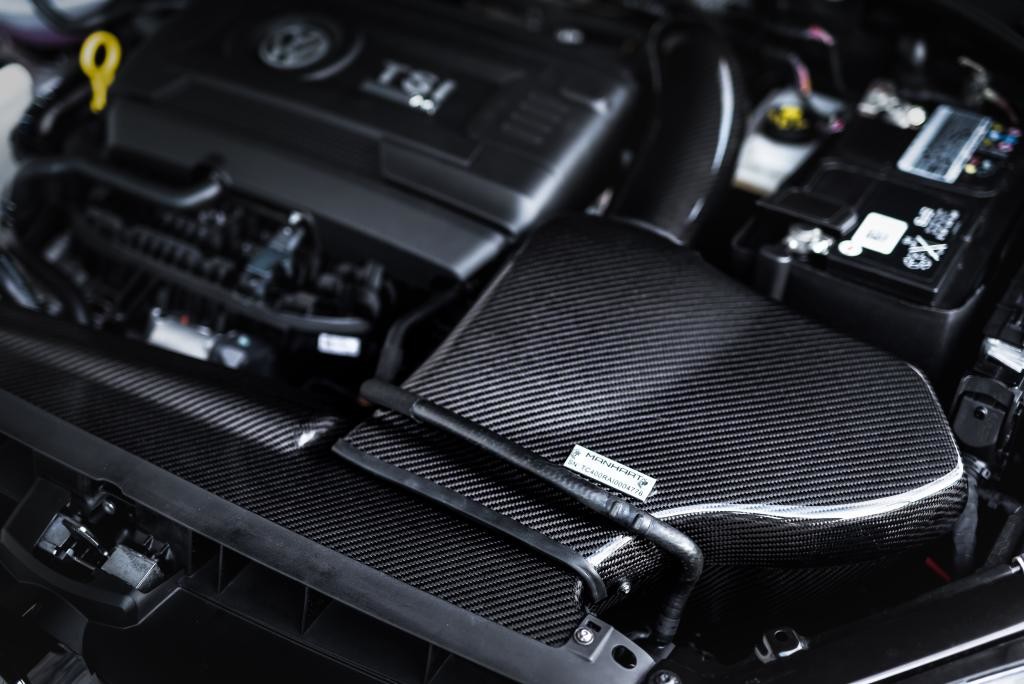 All this while maintaining the DSG 7 transmission and its 4Motion system, but mounting a modified exhaust system and aesthetic decorations that, although they do not excessively alter the sobriety of the vehicle, do give it a more personalized appearance.

Outside, the front bumper splitter developed by specialist Rieger Tuning, the exclusive 19” alloy wheels fitted with 235/35 R19 tires, the H&R specific shock absorbers are the most notable differences apart from the subtle stickers that decorate the bodywork. 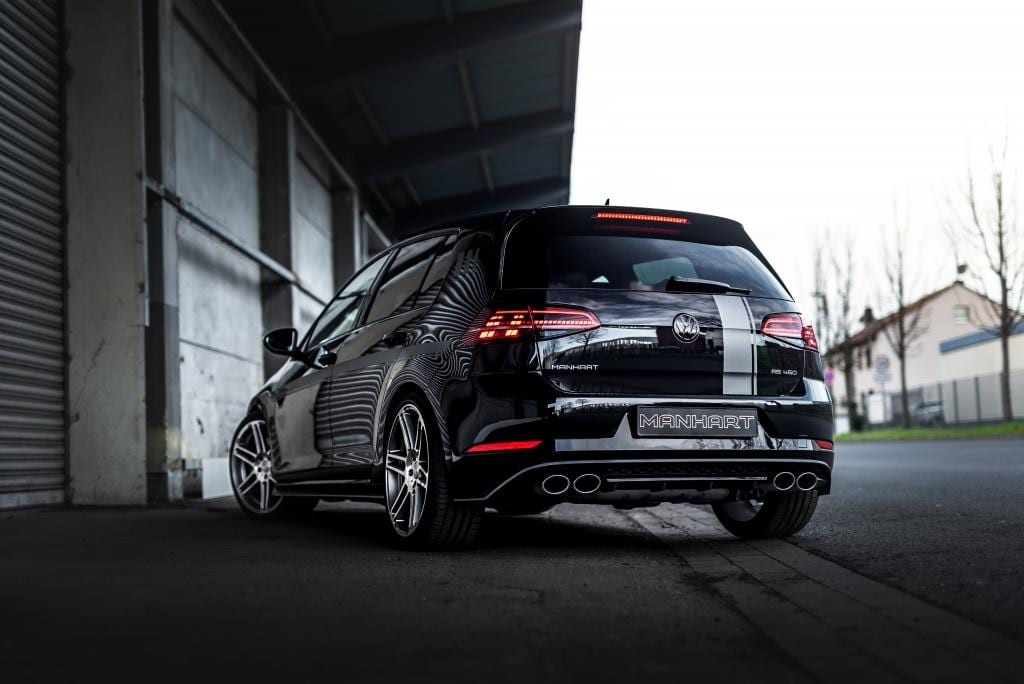 In short, it is foreseeably one last joy that the most radical Volkswagen Golf leaves us before giving way to its successor and that could well stand up to the Audi RS 3 and Mercedes-AMG A 45 S, which we have recently tested, for cite some examples.

The Manhart RS450 joins the amalgam of spectacular creations of the German firm, among which are the sportier BMW Z4 or its own vision of the Lamborghini Urus, which reached up to 812 CV of delivery; or a BMW M5 Competition from which up to 723 hp emanate.