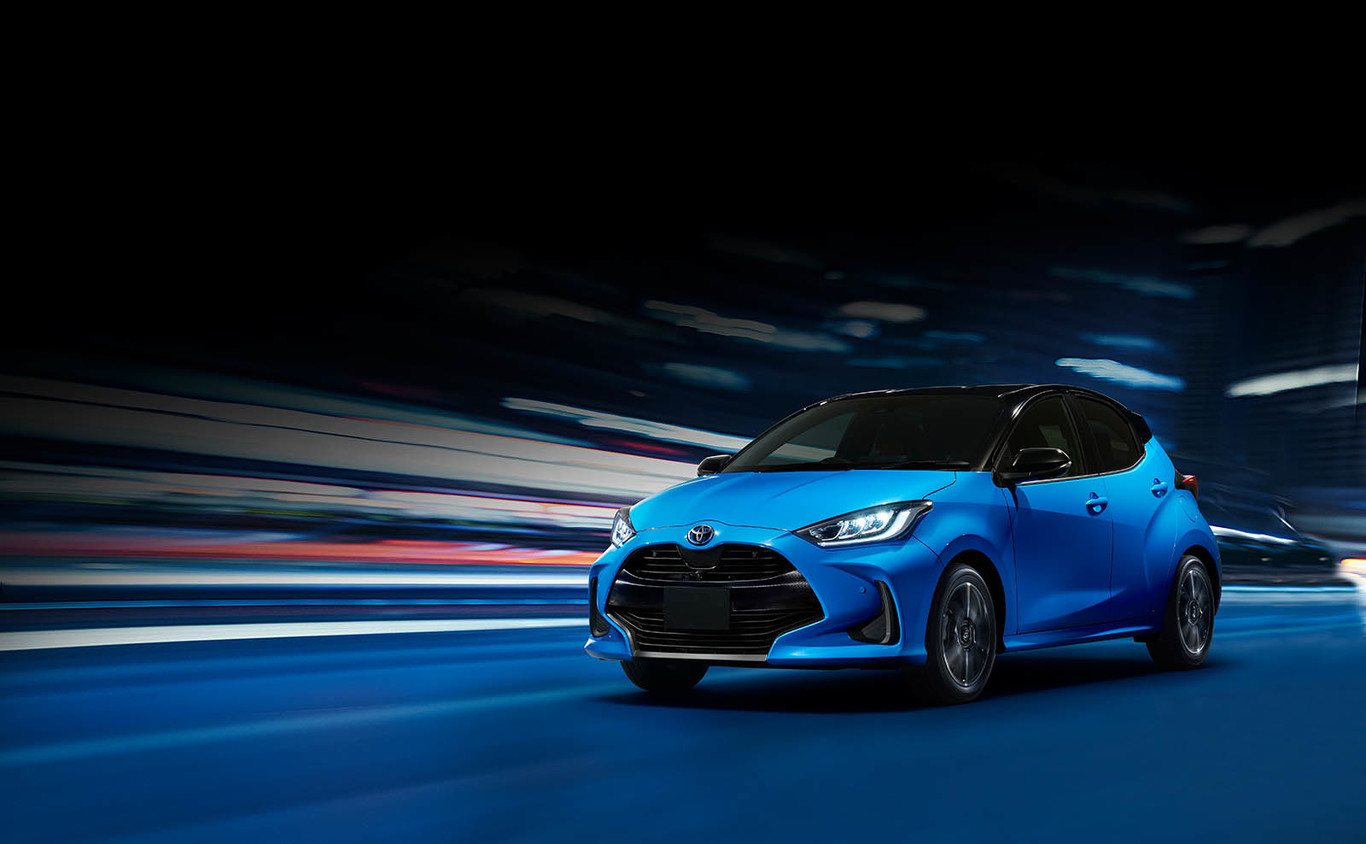 The Toyota Yaris is the model of the best-selling Japanese brand in Europe. By 2020, a fourth generation of Toyota’s bestseller will arrive. And these are the first data and the first images of the new model.

The new generation of the Toyota Yaris is not a simple restyling but a completely new model, with a new platform and a three-cylinder electric hybrid engine designed specifically for this model.

As in previous generations, the Yaris is the work of Toyota’s European design center, near Nice (and created the Toyota C-HR bases), with the European public in mind. For its manufacture, Toyota also relies on France. The new Yaris will leave the factory in Valenciennes, in the north of the country.

The design of the new Yaris wants to move away from the mini minivan aspect of the current model. It has nods to the new Corrolla and behind it shows that the team has worked at the CHR, with those prominent pilots. 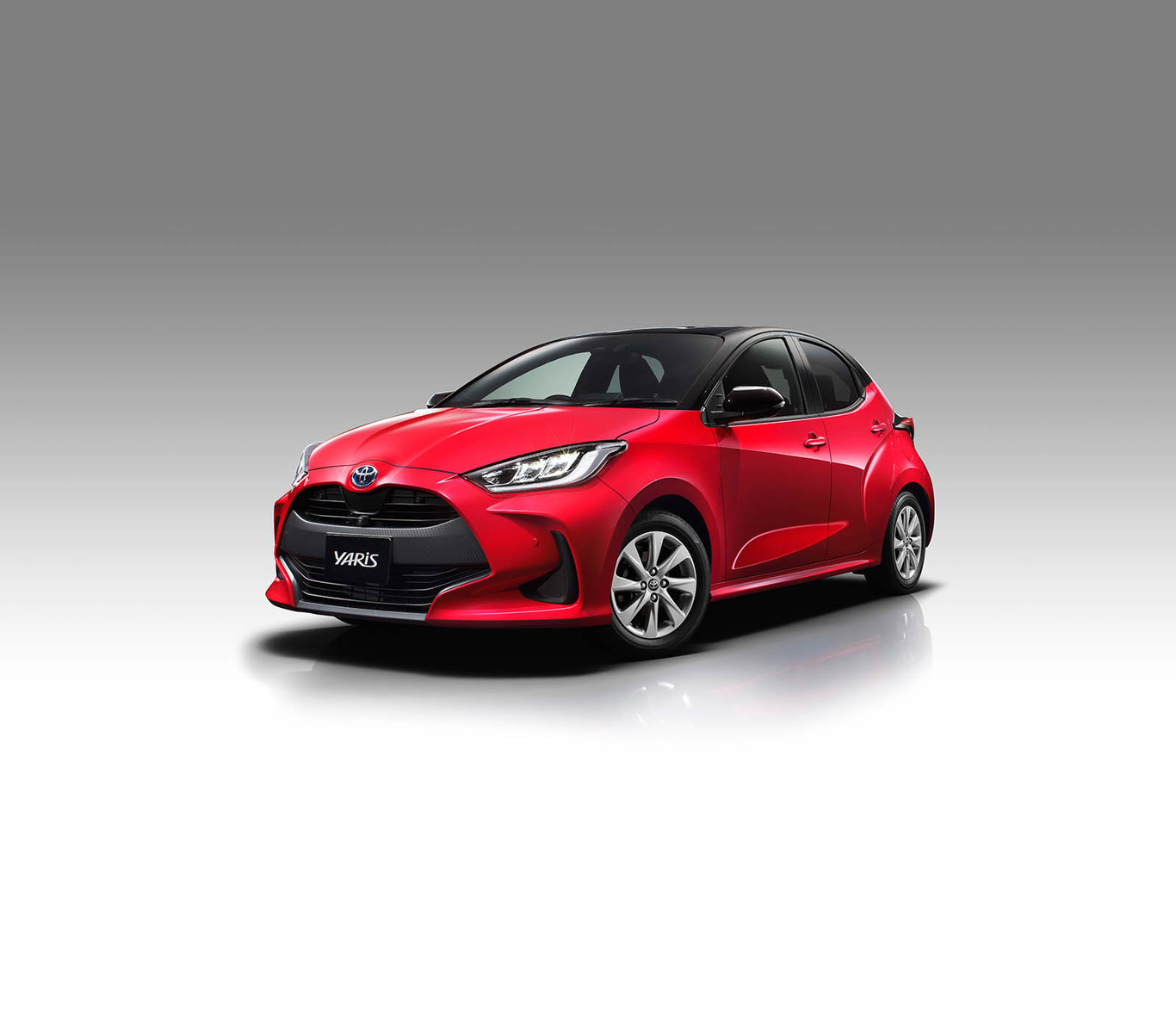 Toyota’s TNGA platform, in its GA-B variant for the Yaris, has given designers more freedom. Thus the roof of the new Yaris is 40 mm lower without the cabin having lost free height and therefore habitability, according to Toyota.

In addition, the new Yaris is 50 mm wider (with a 60 mm wider tracks) and a 50 mm longer wheelbase with respect to the outgoing model (2.56 m). With these new dimensions, Toyota’s objective has been above all to improve the habitability of the Yaris and the weight (the platform weighs 50 kg than in the outgoing Yaris).

Despite having grown at the key points, the new Yaris is only 5 mm shorter than the outgoing model. And in fact, the Yaris would thus be the only model in its segment to measure less than four meters long (exactly 3.94 m). Incidentally, it breaks a bit the tendency of all manufacturers to systematically make a bigger car with a new generation. 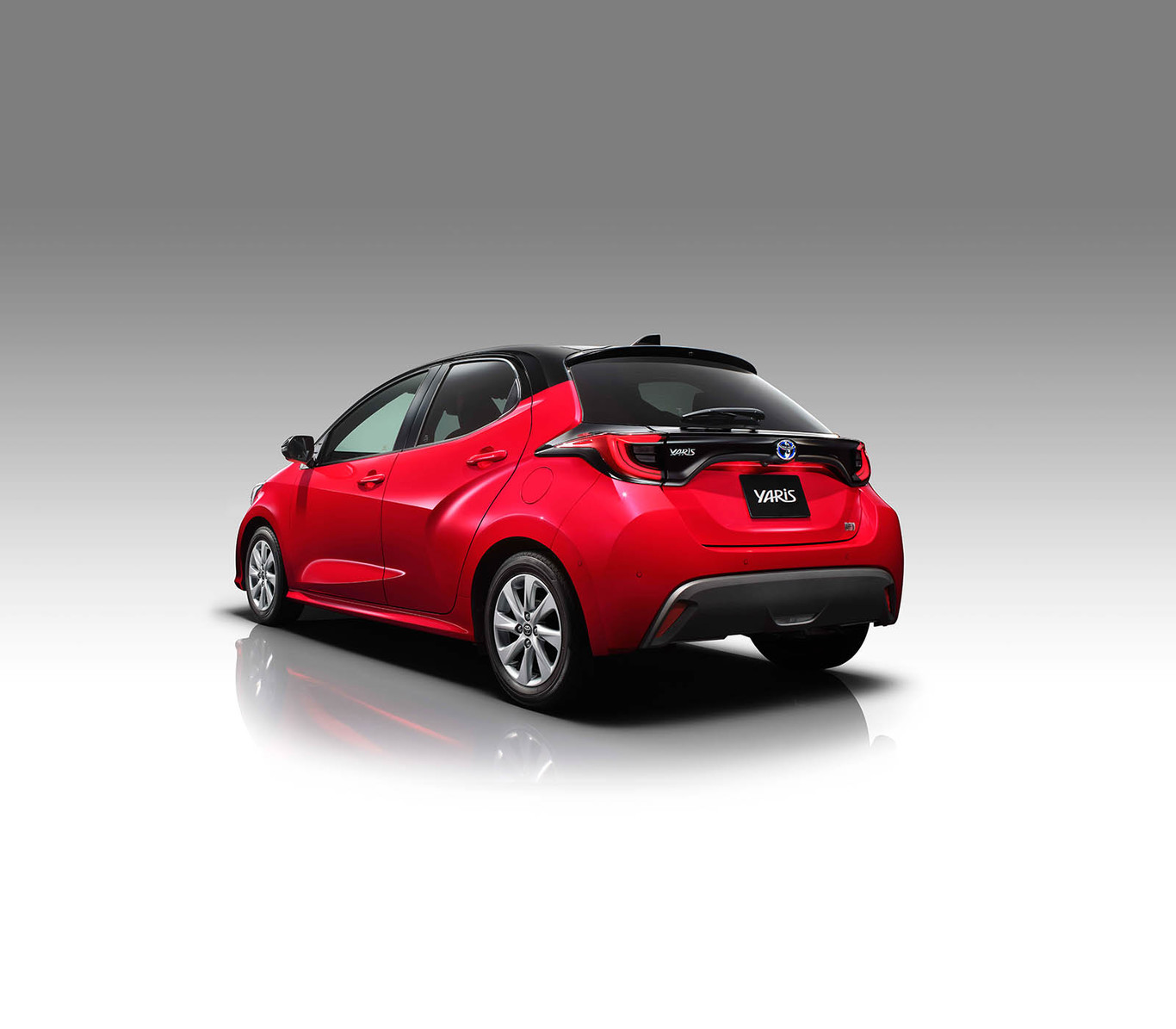 On board, the Yaris also opens a new interior. Toyota states that the cabin follows its principle of “hands on the steering wheel, eyes on the road”, with a minimalistic dashboard and an infotainment screen mounted on the driver’s line of sight, along with digital instrumentation, but separated into two circular screens they remember the classic cutting instruments. 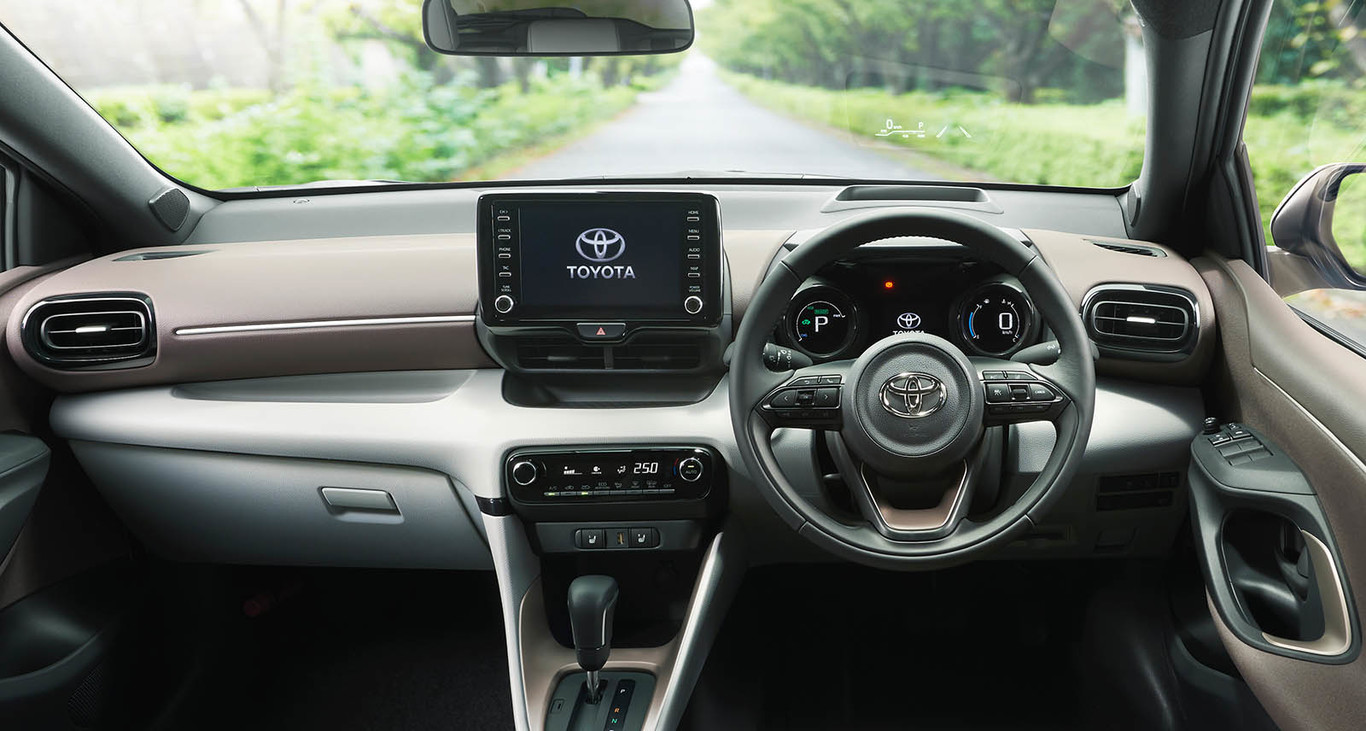 The new Toyota Yaris will have three gasoline engines in Europe, all of three cylinders. The base model will have a 1.0-liter engine associated with a manual change of 5 relations. A 1.5-liter range that may be associated with a 6-speed manual or automatic CVT change will follow it.

But the engine that should account for 80% of sales, according to Toyota’s calculations, will be the hybrid. It will associate the 1.5 liters, specifically designed to go in a hybrid car, an electric motor and a lithium-ion battery, instead of the nickel metal hydride of the current model. The 1.5 of 91 hp will be associated with an electric motor of 80 hp. 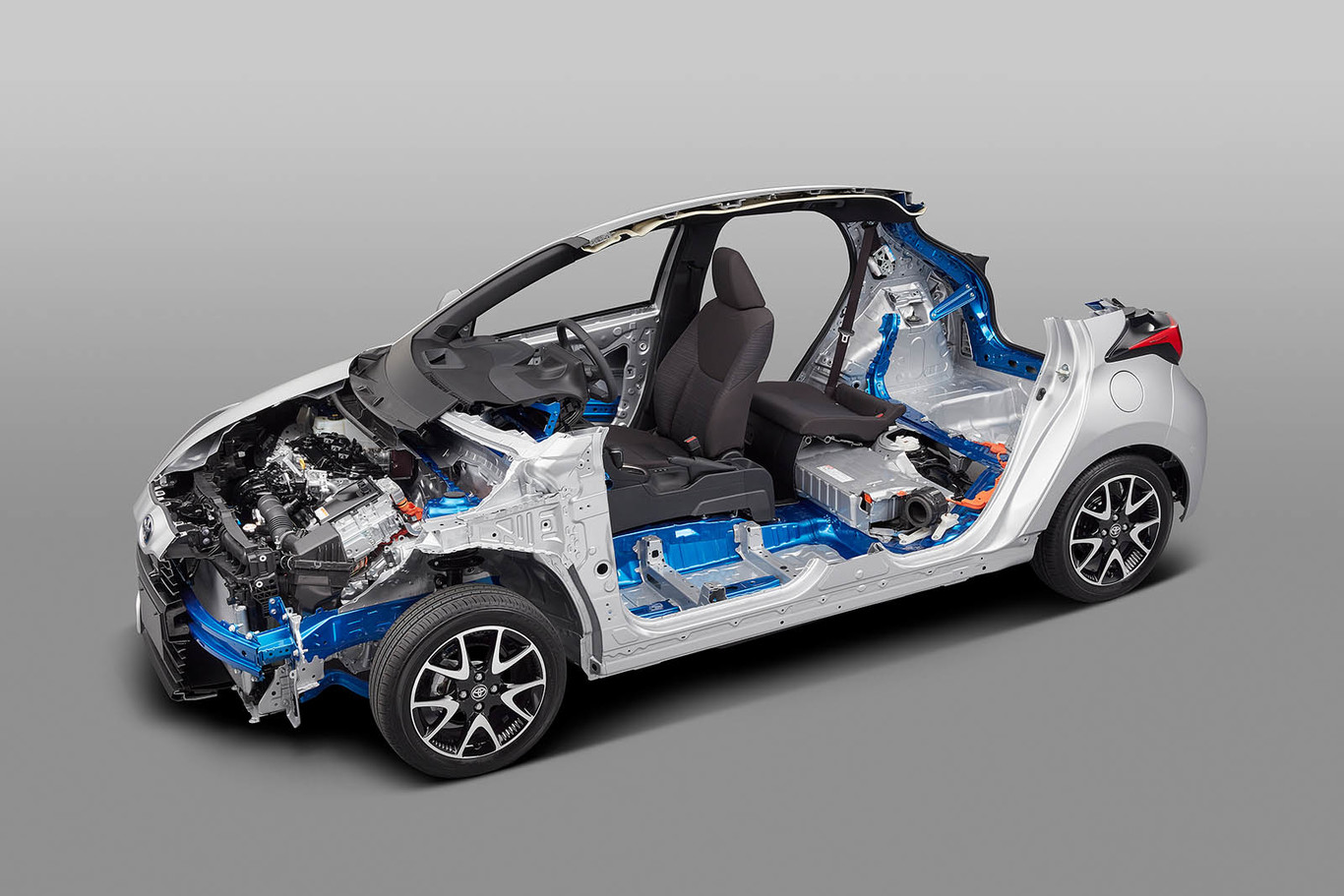 Toyota says that this configuration has allowed to gain 15% in power (which would be about 115 hp – deducted and unofficial data) and at the same time reduce CO₂ emissions by 20%. The battery grants a theoretical autonomy in electric mode of up to 4 km, but the function of the electric motor and its battery is to help move and accelerate the Yaris. On the other hand, in Toyota they ensure that the Yaris can reach 130 km / h in electric mode.