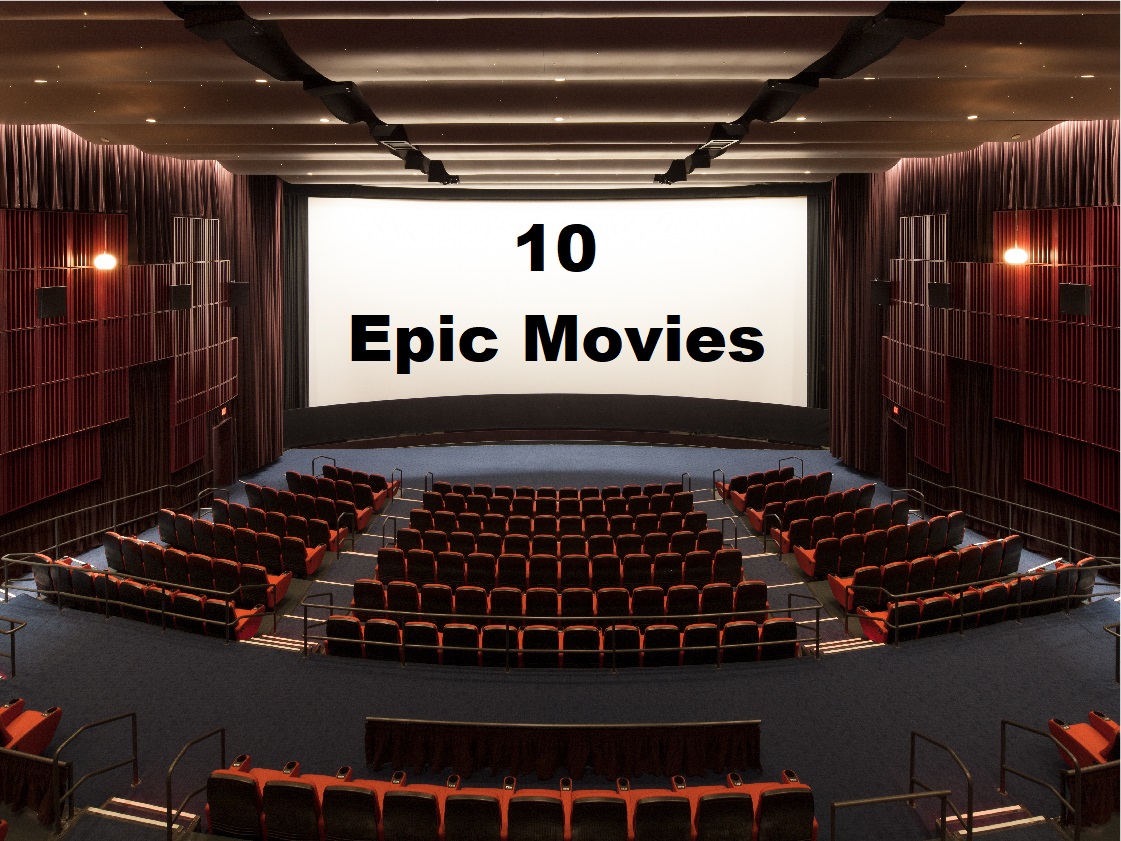 The genre of historical cinema is very wide because so historical is a film that recounts the adventures of Alexander the Great as the persecution of Bin Laden. However, we want to take advantage of the premiere of ‘Exodus’, by Ridley Scott, which tells the story of Moses, to remember some historical epic movies with warlike components and in some biblical cases and that are recreations of times past since the War of Thermopylae, the crucifixion of Jesus until the battle for the recovery of Jerusalem in the Middle Ages.

We start with our list of historical epic movies … 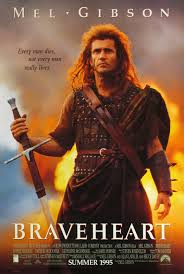 To think of ‘Braveheart’ is to do it about epic cinema in capital letters and in that deafening cry of William Wallace to freedom. Epic work that set a trend without going any further in all the pre-battle speeches. Impossible not to flinch listening to Wallace exclaiming: “They may take our lives, but they will never take away our freedom.” ‘Braveheart’ is a film about dreamers, of people who wanted to free themselves from the tyranny of a terrifying king and the figure that exemplified that dream was William Wallace, a Scottish national hero who fought several battles against King Edward I of England. Gibson is the director, producer and protagonist of this masterful film that marked a before and after. 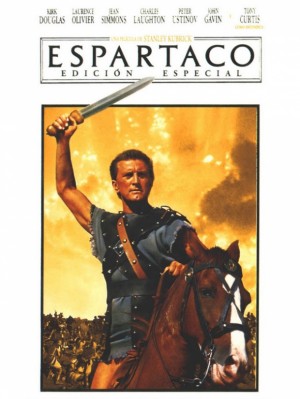 Between ‘Paths of Glory’ (1957) and ‘Lolita’ (1962), Stanley Kubrick premiered in 1960 ‘Spartacus’ with Kirk Douglas in the skin of that historic Thracian slave who was sold as a gladiator and who in Italy was the leader of a slave rebellion (73-71 BC) against the Roman Republic. At a time when epic and especially biblical stories were common (a year before it became ‘Ben-Hur’), ‘Spartacus’ was a success for the clamor in favor of the freedom he raised, a more complex argument and Deep than other movies. ‘Spartacus’ also served to consolidate, if it was no longer, its director, who would leave great and essential titles for history. 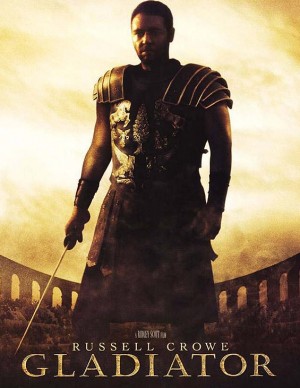 Ridley Scott did not have to prove anything to the world of cinema after having directed jewelry such as ‘Alien’ or ‘Blade runner’. However, about 20 years after these two films he took to the big screen another his greatest hits: ‘Gladiator’, starring some splendid Russell Crowe and Joaquin Phoenix. Scott relaunched Roman epic cinema and had many predecessors that did not even reach his level. ‘Gladiator’ has large doses of epic, fighting motivated by revenge, betrayal, politics, violence and hope for a better future. Very much praised was the recreation of the Roman Colosseum. The protagonist is the Hispanic Máximo Décimo Meridio, faithful to César, who is betrayed by Comfortable, the son of the emperor, who kills his family. Maximum is made a slave and become a gladiator. 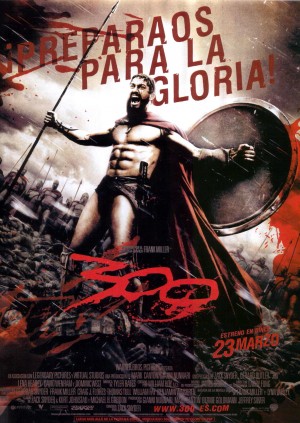 ‘300’ is the pure epic. The film was a real surprise for its spectacular staging. Unlike the historical cinema of the 50s or 60s in which thousands of extras appeared in the battle scenes, Zack Snyder’s film shows how far audiovisual technology can go with a green background, which is called chroma overlay. The film is based on the award-winning Frank Miller comic that tells the Battle of the Thermopylae of 300 Spartans against an infinite army of Persians led by Xerxes. It is the fight against the impossible. One of the main attractions is the performance of Gerard Butler in the role of Leonidas, king of the Spartans. It is a very violent, visceral and visually overwhelming and innovative story. Again, pure epic. A pity the second part ‘300. The origin of an empire ‘. 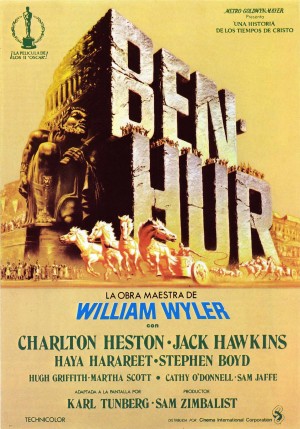 Adventures, thrilling horse races, revenge, betrayal, getting up after having fallen and redemption … All this is in the story of ‘Ben-Hur’, one of the greatest epic movies hits of all time directed by William Wyler and starring actor Charlton Heston, who gives life to a Jewish merchant who later becomes a slave and who returns triumphant after many adventures. The shocking part of the film was its grandiose staging with a multitude of media and large epic doses and morality. The quadrigas scene, historical. 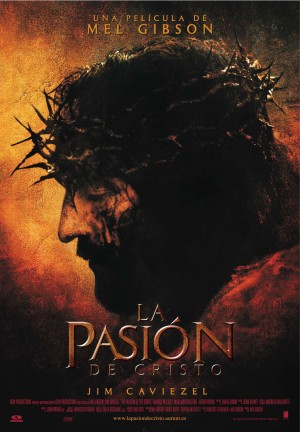 In all the films of the middle of the last century we were presented with an impolite Jesus of Nazareth who, even before the pain of torture, appears almost combed and without many scratches. Very different and more driven to realism – even if it is with some excess -, Mel Gibson premiered in 2004 the bloody ‘Passion of Christ’ with a suffered James Caviezel in the role of Jesus. The film, which generated great controversy, caused a real impact especially because of the crudeness and violence of his images, which show the physical torture that Jesus suffered before his death, and also because it was shot in Latin, Hebrew and Aramaic. Mystics are the scenes in which the devil tempts Jesus. 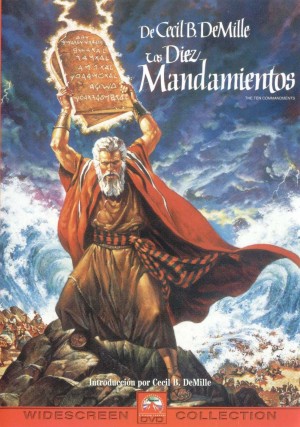 With a great and spectacular staging and in the line of the biblical films of the time, ‘The 10 Commandments’, by Cecil B. DeMille, has become one of the most mythical films in the history of cinema.

Almost 60 years later it is not difficult to imagine how surprising the effects of the film starring Charlton Heston had to be at that time, for example the scene in which the sea is divided or when the rod of Moses becomes a snake. The actor puts himself in the shoes of Moses, the one chosen to rid the Hebrew people of the pharaohs. Again, as seen in other films, the theme is the same: a character with great recognition is reduced to the lowest to be reborn from his ashes. Almost 60 years later Ridley Scott’s review of the character of Moses arrives. 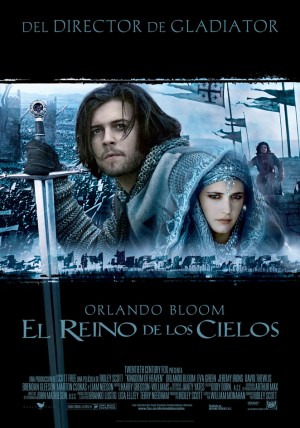 Again Ridley Scott, who five years after ‘Gladiator’ premiered ‘The Kingdom of Heaven’ with Orlando Bloom in the role of Balian, the bastard son of Godfrey of Ibelin (Liam Neeson), a gentleman respected by the King of Jerusalem. Set in the Crusades in the twelfth century, Balian will be called to protect Jerusalem from attacks by Muslims who want to take the city. The epic of the film is immense and stands out above all for the recreations of Jerusalem, the intensity of his characters with his beliefs and the fantastic interpretations of Jeremy Irons and Liam Neeson, although his role is very short. 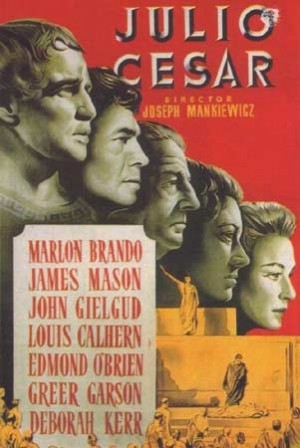 ‘Julio Cesar’ is an adaptation of William Shakespeare’s eponymous work with Marlon Brando in the role of Marco Antonio as the main claim along with his mythical final speech. A film that revolves around totalitarian regimes and narrates the betrayal of Casio and Brutus against the great dictator Julio César and when they planned his murder. Seventeen years later, the movie ‘The Death of Julius Caesar’ appeared with Charlton Heston in the role of Marco Antonio also based on the text of Shakespeare. The epic of the story is not in the great battles, but in the words and speeches of its protagonists. 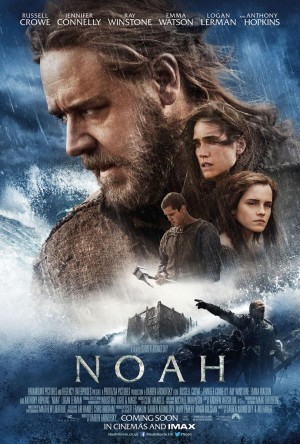 Most expected more from Darren Aronofsky’s latest film that’s took place in our list of epic movies is: ‘Noah,’ based on the story of Noah’s Ark of the Old Testament. In fact, the director had impacted with the complex and paranoid ‘Pi: faith in chaos’ and ‘Requiem for a dream’. Beyond the remarkable interpretations of Russell Crowe and Jennifer Connelly, the film stands out for showing a new way of approaching biblical cinema almost closer to ‘The Lord of the Rings’ or the world of superheroes by including talking mountains and much mysticism. Aronofsky, unlike other films featured on the list, places great emphasis on the attitude, personality and internal drama of his characters, especially Noah, who will discuss his fate.