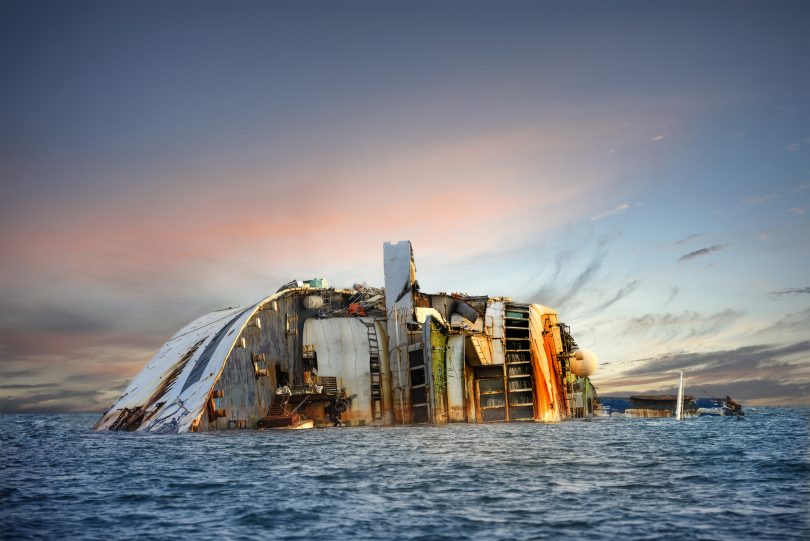 We have already warned that due to rising sea levels and other environmental factors, several of the world’s major cities are slowly sinking into the ocean, some at an astonishing rate. No continent is immune to it.

Dr. Katherine Kramer, lead author of the research article “Sinking cities,” notes that rampant development and voracious late capitalism have also weakened the natural means of flood protection in many cities, whose poor planning makes it all worse. These are some of the candidates most at risk of being hit by the sea.

As we tell you in this article, the capital of Indonesia is the fastest sinking city in the world. In fact, forty percent of the city is currently below sea level while the city is sinking at an alarming rate of 10 inches per year. The cause is directly related to the city’s infrastructure and the overabundance of private wells used by residents to obtain groundwater, which experts say amounts to “deflating a giant cushion under the city.”

London cannot blame its collapse on skyscrapers or faulty infrastructure. It is actually the result of the last ice age and a phenomenon called “glacial isostatic adjustment”. According to Kramer, the collapse of London is caused by “the weight of the glaciers that pressed Scotland 11,000 years ago.” This phenomenon depressed the north and allowed the south of the United Kingdom to skyrocket relatively.

However, as the UK’s glaciers have since melted, Scotland is now increasing, at 0.04 inches per year, while the southern UK is sinking back into the sea. Although the metal gates of the Thames Barrier were designed by engineers to protect London from floods, the forecast was that they would need a maximum of three times a year. Currently, they are used six or seven times each exercise.

The capital of Bangladesh is sinking at the rate of half an inch per year. While this may not put Dhaka in as dire a situation as Jakarta, the sea level in the Bay of Bengal is rising 10 times faster than the world average. Millions of people in the city’s coastal areas have already fled, migrating to Dhaka’s overcrowded slums.

Like Jakarta, the situation is exacerbated by the extraction of groundwater at an unsustainable rate, as well as by changing tectonic plates. At the moment, work is being done to improve water infrastructure, although clearly for the future this measure will prove insufficient.

Part of the city is projected to be submerged by 2030 unless drastic measures are taken. Bangkok doesn’t suffer from the same groundwater problems as Jakarta and Dhaka, but its towering skyscrapers are nonetheless causing the ground to collapse on itself. “Ironically, the sinking feeling has worsened as it reaches the heavens.”

The great weight of its buildings is pressing the riparian sediments and compacting them as the water that supports them is depleted”. Thailand’s National Reform Council recommended building a large boardwalk around the entire city to help curb the problem.

According to a 2016 NASA study, New Orleans is projected to see a 36-centimeter rise from sea level by 2040. NASA maps show parts of the city that are sinking faster, mainly areas near the Mississippi River and industrialized sectors like Norco and Michoud.

In this case, too, the rising water level is being caused by groundwater pumping, human extraction of water, oil and gas, shallow sediment compaction, and continued earth movement from glaciers during the last glacial period. The danger to the region is so immediate that the government recently allocated a $ 48 million grant to move residents of Jean Charles Island to drier lands.