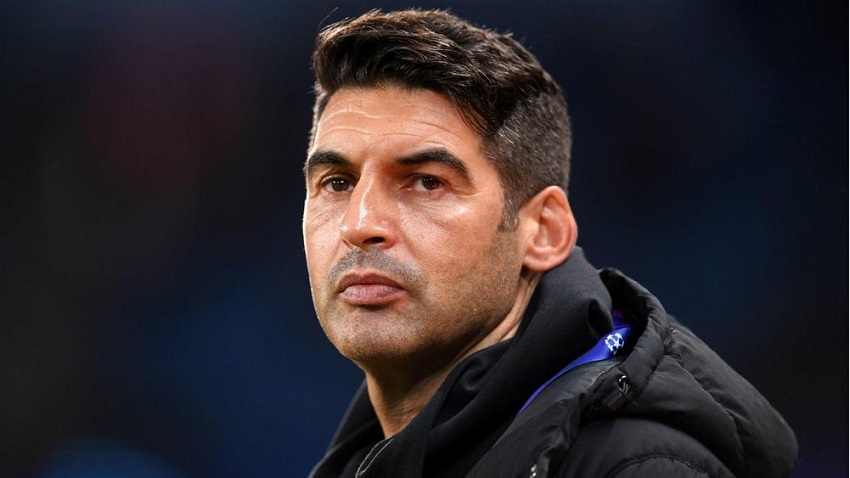 Paolo Fonseca thought he had finally found a haven at Tottenham Hotspur. Being a progressive, innovative and adventurous manager, an exciting brand of attacking football is assured. However, he craved a place to showcase his ideas. At first, Spurs obliged but retreated ultimately.

Fonseca blames new managing director Fabio Paratici for the sudden twist. He claims that the ex-Juventus executive preferred a more conservative playing style. Fonseca wasn’t ready to abandon his ideals for that of his eventual successor at AS Roma, Jose Mourinho or a certain Diego Simeone in Spain.

“The agreement was done. We were planning the pre-season and Tottenham wanted an offensive coach. It wasn’t announced but we planned pre-season players,” he was quoted to have said via best Australian online casino.

“But things changed when the new managing director arrived and we didn’t agree with some ideas and he preferred another coach. I have some principles. I wanted to be coach of the great teams but I want the right project and a club where the people believe in my ideas, my way to play, and this didn’t happen with the managing director.

“It’s what the chairman (Daniel Levy) and the sporting director (Steve Hitchen) asked for: to build a team who can play attractive and offensive football and I was ready for that. I cannot be a different way. All my teams will have these intentions. Against the biggest teams, I’m not sending out my teams to defend near their box.”

Spurs ultimately settled for Nuno Espirito Santo. Indeed, his countryman understands English football having lifted Wolverhampton Wanderers from obscurity. He is also a dogged tactician in his rights. But unlike Fonseca, Nuno is very predictable and somewhat orthodox. The evidence abounds.

Tottenham have only won twice in their last six Premier League matches. The West Ham defeat was their fourth to a London rival already this season. They’ve picked just a victory in their last three games in Europe. But beyond the results, Santo seems like a manager bereft of ideas; his team lacking structure.

The Portuguese have demonstrated a phobia for substitutions. Against the Hammers, he waited till the 84th minute – nearly a quarter of an hour after the goal – to finally make a change, with Giovani Lo Celso and Bryan Gil given a paltry six minutes to spark a revival. In the win over Aston Villa, he did not make any until the 76th minute and he used no substitutes at all against Newcastle.

Fonseca, on the other hand, is adventurous. He is not afraid to take risks and if backed, can nurture his squad into the best. He achieved this at Shakhtar Donetsk. During his time at Roma, he was appreciated for understanding the characteristics of his players quickly and in knowing how to bring about ideal conditions to allow them to maximise their strengths.

Despite largely failing at one of Portugal’s most historic clubs, Fonseca had successful spells for two more seasons in Portugal before making the move over to Ukrainian juggernaut Shakhtar Donetsk. In three seasons there, he transformed the already-strong side into an even more formidable force.

Fonseca has reportedly been contacted by Newcastle United to replace sacked Steve Bruce. There’s already the talks of the Portuguese’s zero knowledge of English football rather than his ability. After all,  four foreigners won the Premier League in their first seasons. Although this is an impossible order for the Magpies this term, don’t rule that out in a couple of years.

Fonseca is known for playing functional football. It’s not quite like an orchestra designed by Antonio Conte, but it’s a very good band that you know what you’re going to get out of with every passing hit. That band can then adapt and keep up with the times by changing their style when needed, without compromising their talent.

Roma was very effective in a lot of ways during Fonseca’s two-year spell, even making the semi-finals of the UEFA Europa League, which had odds coming from online casinos at the time. His methodologies were built around intentional and meticulous build-up structures, high flying wing-backs, inverted wingers and goal-scoring central midfielders. He recognized the advantages of his players and often made positional tweaks to get the best out of their qualities.

Newcastle must not make the Spurs mistake with Fonseca. Common Toon Army!