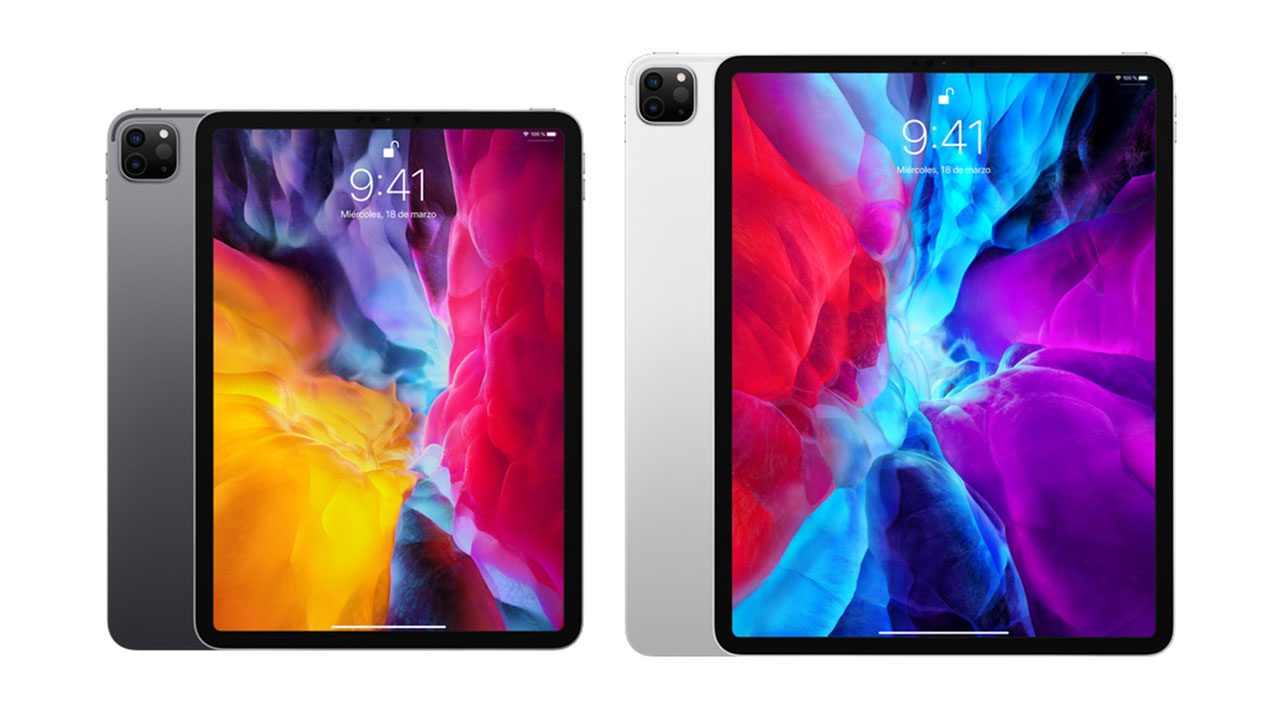 The American apple has revealed to the world its new generation of smart tablets, the iPad Pro 2020, which as usual comes in two sizes: 11 and 12.9 inches. In addition to the respective increase in performance at the hands of the Apple A12Z Bionic chip, the iPad Pro 2020 has a LiDAR scanner and Trackpad support, not to mention its dual cameras on the back and compatibility with the Apple Pencil.

iPad Pro 2020 is familiar and innovative at the same time

The design that brings with it the iPad Pro 2020 is known, the aluminum construction is maintained, but there are new features on the back, specifically a dual camera module. The distribution of the rest of the elements does not change much, at the top you will get two speakers along with three microphones and a start button. At the bottom are two more speakers and the respective USB Type-C port. 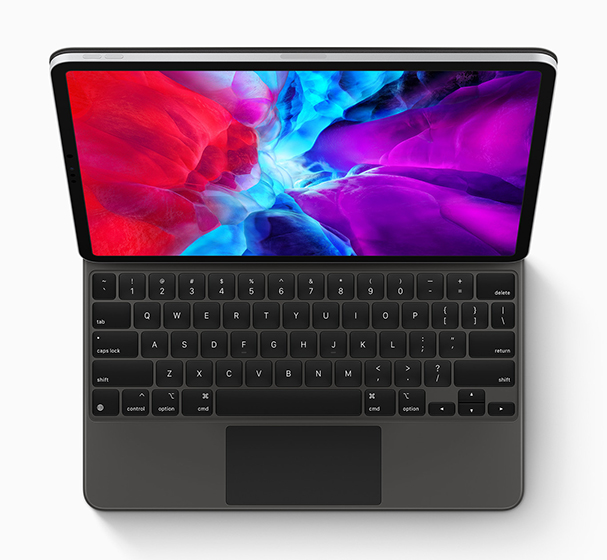 The iPad Pro 2020 is shaping up to be a multifunctional device that blurs the lines between an iPad and a MacBook, as the dockable keyboard makes office work easier. However, it is not the addition of a simple keyboard that is striking here, as the built-in trackpad is specifically designed for the iPad’s touch experience. Going into detail, the cursor appears as a circle highlighting apps on the home screen, as well as user interface elements and text fields. Said Trackpad supports gestures that allow you to jump from one app to another, activate the dock, control center and much more.

The Magic Keyboard has a couple of surprises up its sleeve: it has an adjustable tilt and LED-backlit keys for convenient work wherever and whenever. It is worth mentioning that the cantilever hinges allow you to tilt it at an angle of up to 130 degrees.

The LiDAR scanner is another of the new iPad Pro’s biggest innovations, it is designed for augmented reality purposes and can measure the distance of surrounding objects up to 5 meters away. This sensor relies on data from cameras and motion sensors to recreate scenes in rich detail in augmented reality. 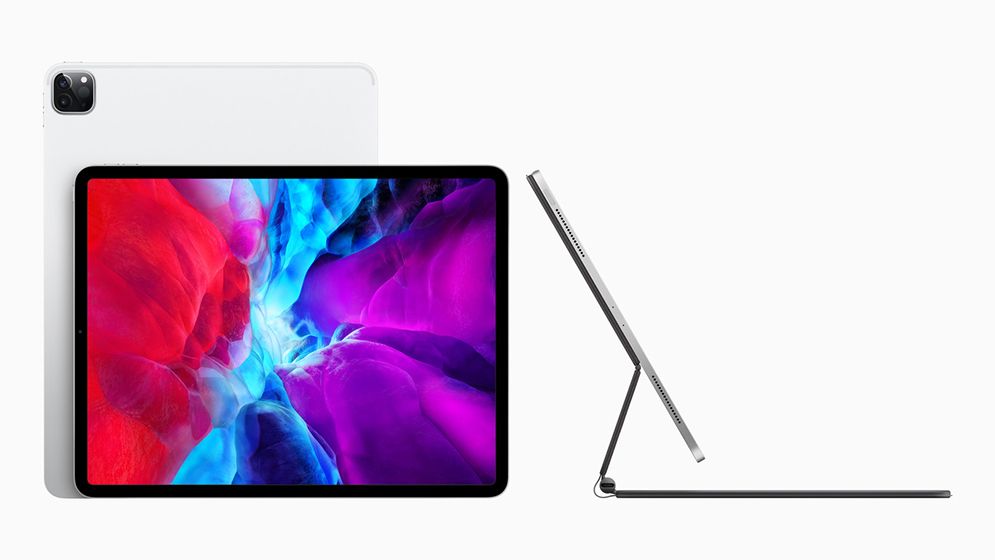 Both models of the iPad Pro 2020 share practically the same specifications, both are powered by Apple’s A12Z Bionic chip, which has an M12 coprocessor and neural motor for tasks that involve artificial intelligence. As is the custom with Apple products, the amount of RAM has not been specified. However, we know that internal storage can be 128GB, 256GB, 512GB or up to 1TB.

The operating system is iPadOS 13.4, which adds compatibility with the Trackpad and the LiDAR scanner. In terms of connectivity, a version with 4G LTE is offered for both sizes, the rest, we find the usual: WiFi 6, Bluetooth 5.0 and USB port type C.

The iPad Pro 2020 marks the arrival of the dual camera to these devices, which now have a photographic module that seems to be taken from the iPhone 11 itself. Going into detail, the main camera has a 12MP sensor with f / 1.8 aperture and 2X optical zoom. The secondary camera is wide-angle (125° field of view) and has a resolution of 10MP (f / 2.4).

The photo set supports functions such as Smart HDR and 4K @ 60FPS video recording. On the other hand, there is the front camera with a 7MP lens and f / 2.2 aperture. As you might expect, this offers us the only method of quick unlocking for the device (Face ID).

The iPad Pro 2020 can already be pre-purchased through the official Apple page, presumably deliveries will start from March 25 and will begin selling in physical stores next week.