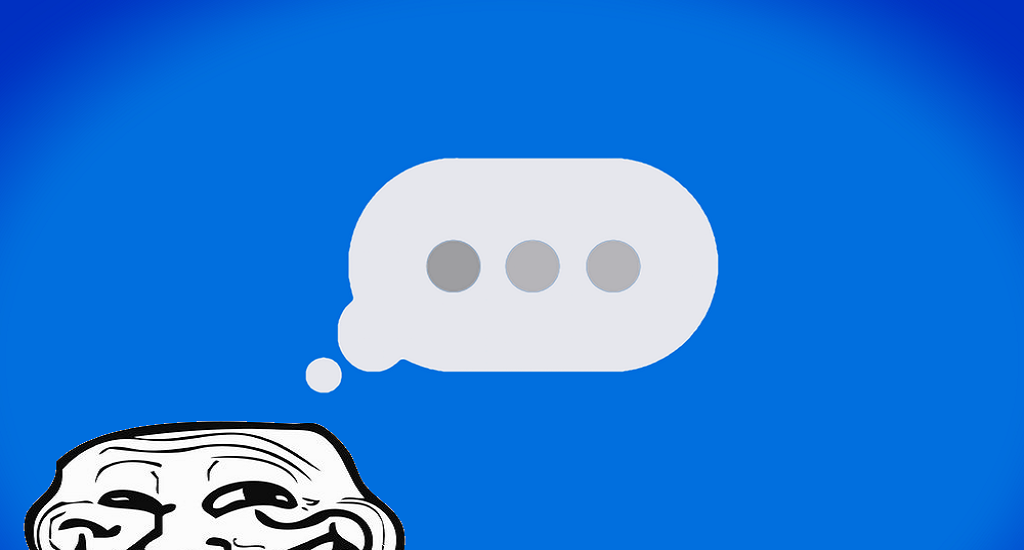 The word “trolling” has now gained a bad reputation in the past years. But originally, or more specifically, in the golden time of 9GAG’s popularity, it refers to light-hearted fun on the internet that you can do to your friends or family, frequently on the internet. To fully understand what trolling is, we have first to know what it means.

What is a Troll?

According to Urban Dictionary’s top definition, a troll is “Someone who deliberately pisses people off online to get a reaction.” Some more ancient definitions say that these are ugly little monsters who live under the bridge that eats animals. If you are a trolling veteran and have lived through the early 9gag era, you may recognize the “Trollface” – a black-and-white image of a bald man beaming from ear to ear.

“Troll” is such an ambiguous term because it has gained the richness of its meaning through decades of groups of people attaching importance to this five-letter word. But for this article, we will be using the terms “Troll” or ”Trolling” synonymous with Pranking or messing with someone for laughs. Nothing about bullying, being inappropriate on the internet, or, well – eating goats and cows.

With this, we listed down five ideas to troll your friends for hilarious yet harmless fun!

In the age of instant messaging and ride-hailing, pranks are also adapting to this massive technological change. If you search “Prank Apps” on Google Playstore or Apple App Store, you will be overwhelmed by many amazing apps to choose from. Some apps act as a TV remote to mess with your family as they watch their favorite shows, apps that make realistic police siren sounds, or even downloadable stun guns!

But did you know that you can marry an old-school prank calling with a more believable prank call? Our favorite prank app is Ownage Prank’s prank calling app. Prank anyone you like by choosing from a wide selection of pre-made scripts performed by professional voice actors posing as a sexy girl, an angry boyfriend, an old lady, celebrities, and many more characters! All you need to do is just let the whole fun thing unfold at arm’s length as you mess with your chosen victim. Can’t pick a perfect time to do it? We suggest you let them orchestrate a birthday prank call to your friend as an awesome present!

This one is one of the most popular ways to troll someone on the internet. You just need a funny photo, a hilarious catchphrase, and a trusty editing tool. If you already have a tight grasp of Photoshop or other major editing programs, then good for you! If not, you can always use meme generators readily available on the internet. If you stay long enough on the web, particularly on social media – you would know what’s funny at the moment. The key here is timing. People easily move on from one funny thing to the next. That is why it is so important that you keep track of your meme’s relevance.

You can choose a funny photo of your friend where they make unusual faces; you can edit them on a meme template, and more! The only limit here is your imagination’s lengths, so just make sure to keep it fun while not making your friend uncomfortable. Remember that an offensive joke is just a bad joke. There is nothing cool about bullying.

3.   Write their phone number on a poster of a contest you made up.

4.   Make your neighbors think that government agencies are spying on them.

This one is pretty easy. You just need to change your WiFi’s password into something quite conspicuous like “NSA Van #23”. You may not see the looks on their faces when they see this, but it is positive that at least one of them will be slightly thrown by this sight. This prank will also work if you have a visitor at home, and they try to detect WiFi in your place.

5.   Make them think there is something wrong with their device or internet connection.

Since it is the high time of video calls and online meetings, you can troll someone over the internet by making them think that there is something wrong with their device’s audio or their Wifi. How do you do this? First, hop onto a call with them and engage as per usual. Build the mood by being chatty with them. Tell a story interesting enough to draw them in. Just after you find the perfect timing, immediately stop talking loudly but continue doing animated gestures and facial expressions as you watch the panic and confusion play in their face. Remember, you will need an impressionable amount of acting skills, so practice beforehand and try to hold your laughter as much as possible!

Did these five give you an idea of how to troll your friends? We’re excited for you to try them! While you are interested in building epic memories with them, you might want to learn these top 3 card games to play with them here.