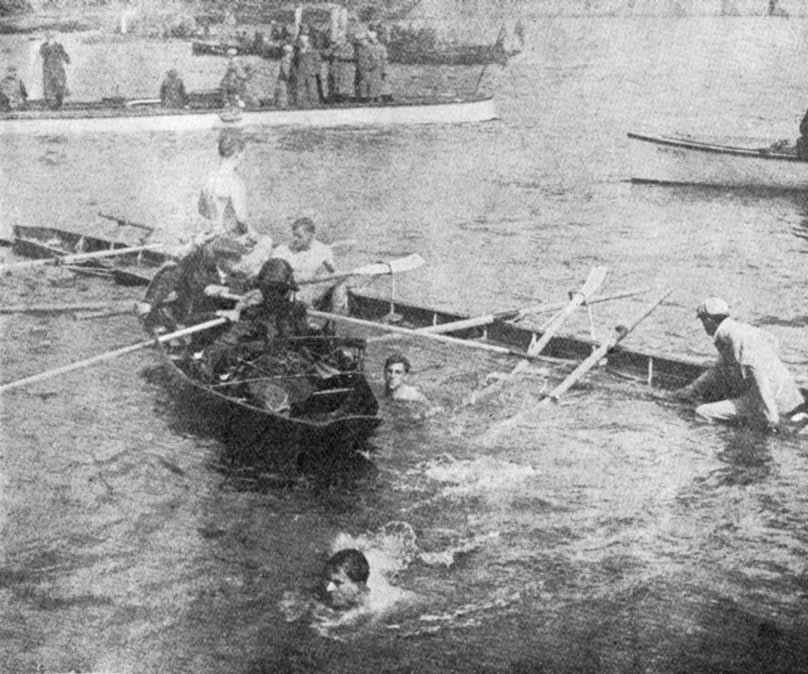 You’ve probably seen the famous Oxford Cambridge boat race at least once in your life. In The first one I ever saw Cambridge sank. This pleased my Mother and Father for some reason not that any of them had ever attended a College at Oxford, although my Dad grew up in Abingdon, so I suppose that’s close enough. I watched the Boat race in my youth hoping for a repeat, but this has rarely happened. That was until I found out about the Great race of 1912 which surely has to be a fan favourite as both teams sank. There is a bit of a story about the race during and before. Let’s see how it all panned out. 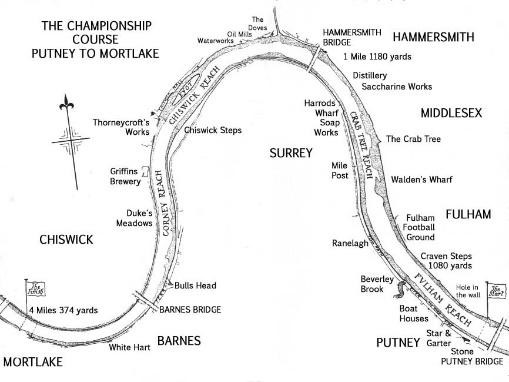 Oxford went into the race a little bit favourite as they held the overall record 37 to 30 at the time. This counted for nothing on the day as the weather was rubbish. Rowing boats sit very low in the water and buoyancy is sacrificed for speed so if you get a bit of a wave around you and the water laps over the side you’re pretty much done for. Training for the event in March starts in September and Oxford were determined to crack on and win. They were hit by cases of influenza but soldiered on regardless and although not being that strong or fast possessed the greater ease of movement in the water. As for Cambridge they had been hit by a series of unfortunate events, including influenza and found themselves with an inexperienced Cox to guide them. His shouting of “stroke” not being that good it would seem.  This is why these days we have Events Medical Cover available from sites like https://outdoormedicalsolutions.co.uk  which will help support any accidents or injuries that may occur on the day.

Come the race itself things looked bad. The weather was poor, and the river was choppy. Oxford won the toss and elected to go on the Surrey side which was considered the best. Off the two sides set and Oxford soon took the lead. That was when the started to take on water. In a fit of great rowing skill, the Cox headed for the river bank following consultation with the crew, which was probably “Yes! Yes! Get us off this river now!”.  They beached the boat, and all hopped out. A quick tipping up of the boat got the water out and they popped it back into the water. The only trouble was they were missing a crew member. One of them had spotted a friend and thought that as the boat wasn’t going anywhere for while he might as well have a catch up. The Cox explained to him in no uncertain terms that perhaps a catch up later might be a better idea as they were in the middle of a race and his presence was really needed to win it if he didn’t mind.

The Oxford crew set off for glory only to be passed by the Cambridge crew. This disappointment was soon abated however as it was clear that unless Cambridge were planning to swim it on home they’d sunk to. Race abandoned then.