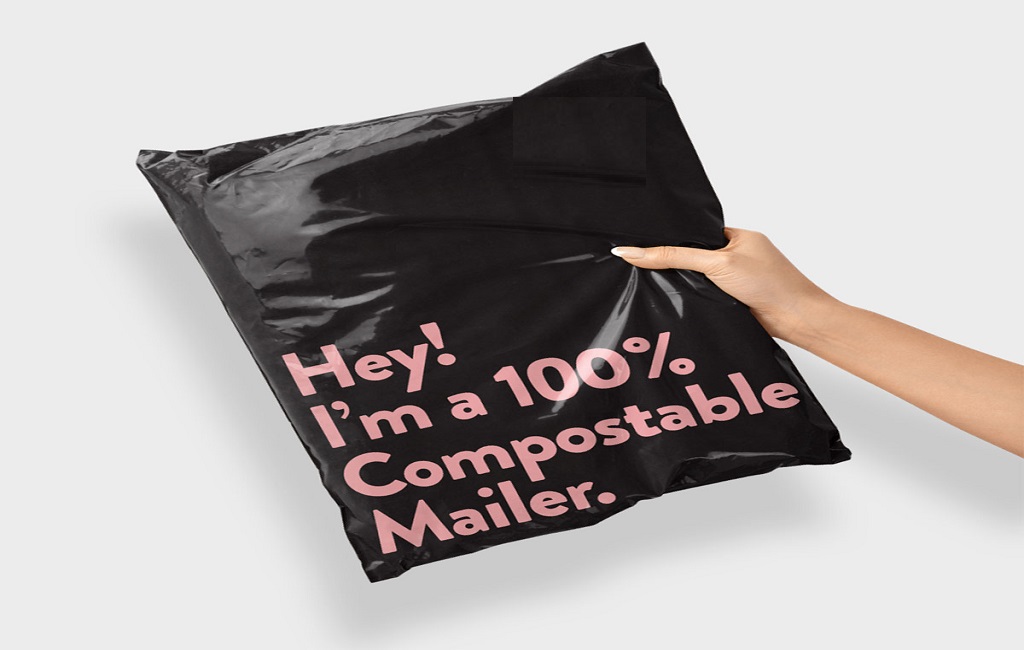 Compostable mailers are made of plastic manufactured from renewable resources rather than the traditional petroleum product. Their eco-footprint is very modest as they break down within six months. However, suppose you put more premium on recovery and recycling.In that case, the only option will be the paper mailer because of the composting and recycling facilities that are available almost everywhere.

The compostable mailer is fashioned from a mix of corn-based biopolymers. It can both be used for commercial or residential applications. If you don’t know any better, the material feels and looks like plastic. About 70-80% of the component is made from PBAT or polybutylene adipate terephthalate. The other ingredient is cornstarch or PLA.

PBAT assumes many of traditional plastic characteristics, such as flexibility and durability, except for the potential damage the latter causes to the environment. In essence, you can use PBAT in grocery bags or package wraps.

Why Shift to Biodegradable Plastic?

Here are some of the findings in that survey:

Meanwhile, as per the World Wildlife Fund, the average Australian uses 130 kilos of plastic each year. Since less than 10% is recycled, about 130,000 tonnes of plastic end up in the ocean annually.

The traditional poly mailer is manufactured using LDPE or low-density polyethylene as the main ingredient. LDPE is derived from petroleum. The source material is non-renewable, and it has the worst end-of-life prospects. However, they have a modest CO2 footprint because they break down quicker than traditional plastic.

For instance, a poly mailer will degrade in one to two years. In comparison, single-use plastic bags sold commercially will decompose in 10 to 20 years. Plastic, however, will last up to 1,000 years at your local landfill. The plastic bottle, if not recycled, will last half that.

Meanwhile, the compostable mailer will decompose in just three months if you put it on the commercial compost or four months in your private dwelling. It’s carbon footprint is lower than the paper.

You may notice that compostable mailers are thinner than plastic mailers, but that is because they need to meet the Australian standards for home-compost. So, you need to be careful about shipping them with sharp edges because they tend to tear the material. Nevertheless, the compostable mailer’s weight load rating still complies with the requirements of the regulatory agencies.

In conclusion, if you are looking to build your home compost, you can do your role as the earth’s steward by shifting to the compostable mailer rather than the poly mailer or standard plastic. It packs in the raw ingredients and organic material to avoid the mess but ensures that you have a healthy garden and vegetable patch in the process.