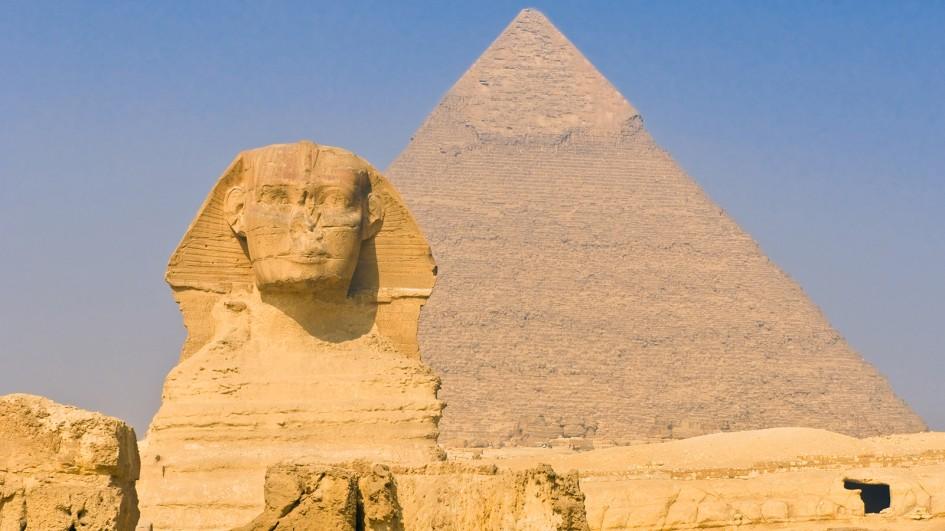 For millennia it has been the kingdom of one of the most complex and fascinating ancient civilizations, whose sumptuous traces still survive today. It is crossed by one of the longest rivers in the world and painted in gold from the sands of endless deserts. Enclosing in itself history and ancient art, culture of strong identity and a thousand and one night resorts, Egypt has always been one of the most popular tourist destinations in the Mediterranean.

The holiday in Egypt is suggestive experience, multisensory and hard to forget: from the Pyramids to the Nile cruises, from camel rides to the exclusive beaches of Sharm El Sheikh and Marsa Alam, from large and bustling cities to small villages where time seems to have stopped.

Unfortunately, the most recent history sees Egypt directly interested in events that have compromised its security, due to economic difficulties, rebellions and the geographical proximity to high-risk areas. Before leaving for holiday in Egypt get a clearer idea of the situation and check which are the safest areas in which to travel. Organize your trip through expert and reliable agencies and tour operators, avoiding to leave the established itineraries and following the appropriate rules of behavior. 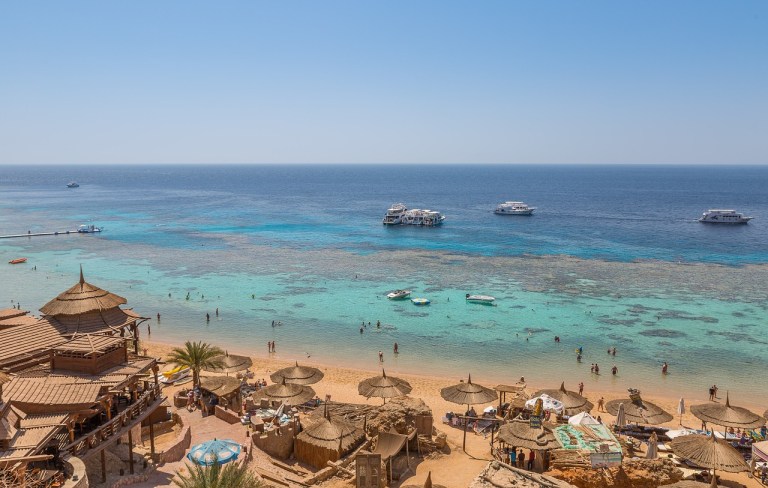 A town located in the southernmost part of the Sinai, Sharm El Sheikh is undoubtedly one of the best known seaside resorts in the world. The warm waters of the Red Sea and a coral reef second only to the Australian make this place an exclusive destination for thousands of tourists. Sharm is served by an international airport, top-level accommodation facilities and large restaurants.

Its beaches are very popular and the port is a mooring point for the most varied boats, private yachts, scheduled ferries and cruise ships. You will find the best beaches in Naama Bay, the most frequented by tourists and famous for snorkeling among the corals and the nightlife between local and luxury restaurants. Do not forget to scuba dive in the waters of Ras Muhammad National Park, a true paradise of flora and fauna. 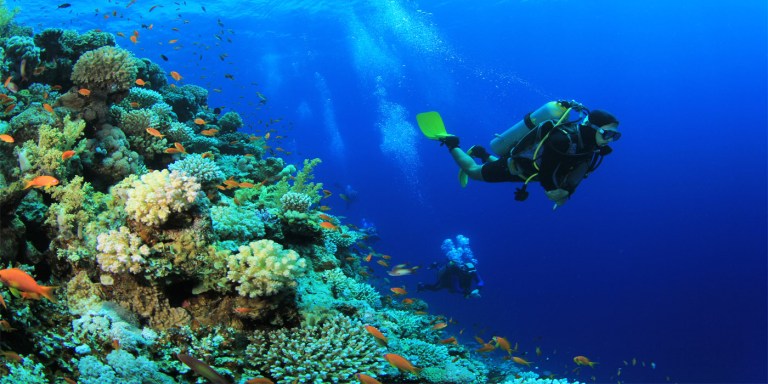 A warm village located on the west coast of the Red Sea, Marsa Alam became part of the international tourist scene after the opening of its international airport. It is the headquarters of scuba diving, thanks to the marvels of the coral reef and the pleasant temperatures of the sea waters: most of its beaches are served by specific structures that welcome fans of this discipline. In addition to countless species of colorful fish, dolphins and hammerhead sharks are frequently encountered during the dives. The view is breathtaking: the white beaches gradually give way to thick palm groves and mangroves, which in turn open up to the west towards the boundless eastern desert.

Continue Reading: The 12 cheapest tourist locations in the world 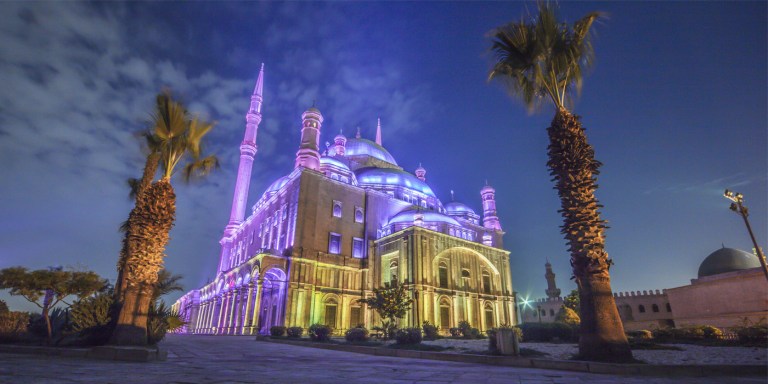 With its ten million inhabitants, the capital of Egypt is the second most populous African city. Cairo is a gigantic and fascinating urban area literally founded on the Nile, on its banks and on its islets. Dusty and chaotic metropolis dominated by the unstoppable traffic of people and vehicles, concentrates in itself all the frenzy and passion of the people who live there.

One of the must visit place for holiday in Egypt, surrounded by an aura of mystery and typically Middle Eastern charm, al-Qāhira – the “subjugation”, the official name of the city – presents itself to travelers and tourists through the chaos of its streets and bazaars and the most authentic nuances of its very hot colors.

Tahrir Square, in the heart of Cairo, is the guardian of the city’s recent history as a theater of protests and demonstrations throughout the 20th century.

The Egyptian Museum of Cairo is the most important Egyptian museum in the world : the almost 140000 exhibits on display make the collection the most complete in absolute.

Lose yourself among the spices, fabrics and perfumes of Khān el-Khalilī, one of the largest souks in the world, where you can devote yourself to one of the favorite arts of the Egyptians: haggle. 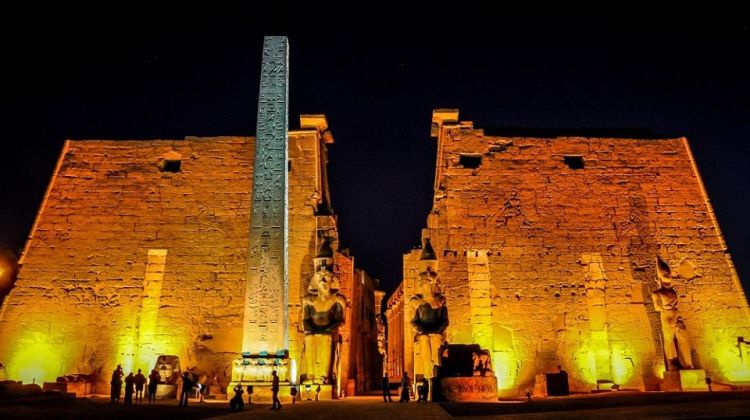 It is located south of Cairo, in the Nile Valley, where the legendary Thebes shone thousands of years ago. The scenery is extraordinary and fairytale: in the territory of Luxor lie the best architectures of Ancient Egypt, superbly survived the millennia and remained to dominate with pride the whole valley. Near Luxor and Karnak are located near the contemporary city : sunrise and sunset are magical moments – and unfortunately also very crowded – to experience the experience of these unique temples in the world. Enjoy the spectacle of the sunrise against the backdrop of the Colossi of Memnon, the twin statues representing the pharaoh Amenhotep III.

To the west of the Nile, just a few kilometers away from Luxor, you find the Valley of the Kings, for 500 years honorary burial place of the pharaohs. It is a place that the words hardly describe enough, destination of the most famous archaeologists in history, a monumental and priceless open-air museum that holds the tombs of the sovereigns from the XVIII to the XX dynasty, including that of Tutankhamun, the most famous since it has remained almost intact. 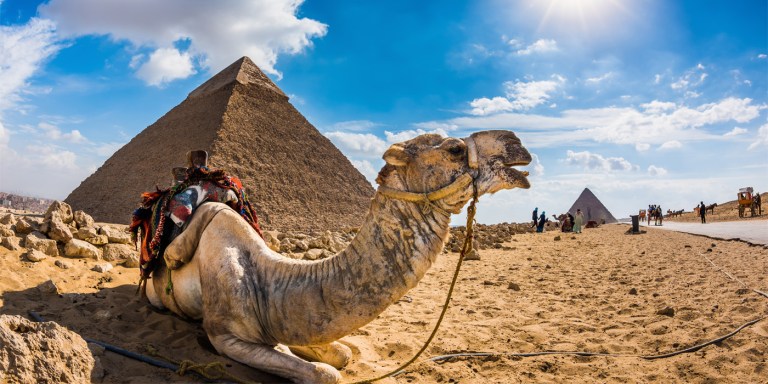 A large plateau rises in the territory of Giza, about thirty kilometers from the center of Cairo. On this gigantic rocky hoof stands the homonymous necropolis, made famous by the three most famous pyramids in the world, whose profile has become part of the horizon itself: the pyramid of Cheops – of the seven wonders of the ancient world, is the only one to have survived until today – the pyramid of Chefren and the pyramid of Mycerinus. It is hypothesized that these enormous structures were somehow monumental burial places of the sovereigns and that their construction could have involved hundreds of thousands of slaves.

The complex systems of interior corridors have been preserved very well and are open to visitors. The necropolis includes other buildings and smaller temples, probably dedicated to the queen brides of the sovereigns, and the famous Great Sphinx, located in the north and facing east, which has become one of the emblems of Egypt.

If you are planning for holiday in Egypt, share with us via comments and if you find this article interesting, don’t forget to share with your friends.