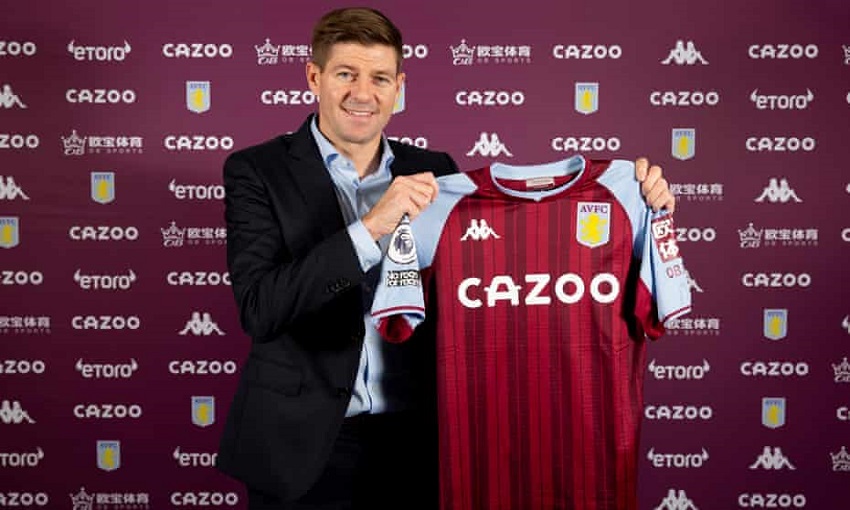 The proposition of managing in the Premier League is always tantalizing. Doing so at a prestigious club like Aston Villa is something surreal for most gaffers. No surprise Glasgow Rangers boss Steven Gerrard is considering a shock move.

Villa is among an exclusive class of English sides to have won virtually everything. They are seven-time Premier League champions, seven-time FA Cup winners, clinching the EFL Cup and Community Shield five times and once respectively, and all competitions were backed by https://www.casinoscout.io/. The Villa also tested success in the Champions League as well as second and third-tier of domestic football.

These days, though, success has eluded Villa Park. Yet the Birmingham team boasts a huge fan base, a modern stadium, state-of-the-art training facilities and an academy that won the FA Youth Cup last season.

Dean Smith dismissal has opened another chapter in the club’s history. The departed boss took over almost exactly three years ago, guiding the team from 14th in the Championship into the Premier League in his first season in charge and breaking the club’s record for longest win streak along the way.

Villa’s first campaign in the top flight under Smith saw them narrowly avoid relegation on the final day of the season, before pushing on significantly in 2020/21 to finish 11th. Prior, Villa strengthened well and they did the same again this summer, bringing in Emi Buendia, Leon Bailey and Danny Ings with the money from their Jack Grealish sale.

However, a run of five successive defeats ended his spell. Chief executive Christian Purslow said the club opted to make a change during the next international break after “not seeing the continuous improvement in results, performances and league position” on last season.

Villa is 16th and just two points outside the Premier League’s bottom three following the 1-0 defeat at Southampton. Although the club’s hierarchy is yet to settle on a candidate, it is being speculated that Gerrard is their preference.

The former Liverpool skipper is Purslow’s close friend following their time together at Anfield when the latter was managing director. As attractive as the move may seem, Gerrard should look away.

Gerrard’s exploits at Rangers, regaining the Scottish title from Celtic after a decade has impressed Villa’s hierarchy and has led to his name being at the forefront of their thoughts. While he has long been seen as a future manager at Merseyside, the lure of a move back to the Premier League with a stable, ambitious club is already tempting the former Liverpool captain.

However, Gerrard risks ruining his rising prolific managerial resume at Villa as well as his games at casino en lignes. He could also potentially thwart his long-term ambition of eventually managing his boyhood club should things go wrong for him there.

“So he goes to Aston Villa and it doesn’t work out he’s not going to get the Liverpool job. He could stay at Rangers, retain the league, straight into the Champions League, that’s a great success and a better chance of the Liverpool job,” says Ally McCoist.

Indeed, Villa is in for a long relegation battle. Gerrard going there midway into the season may ultimately make little difference. Had the window opened before the start of the season, the Rangers boss would have had enough time to galvanise his squad after shopping for choice players. The ceiling is low.

After all, Gerrard is well-placed to win another Scottish title. Why abandon this prospect and head for a relegation dogfight that could end as a disaster?