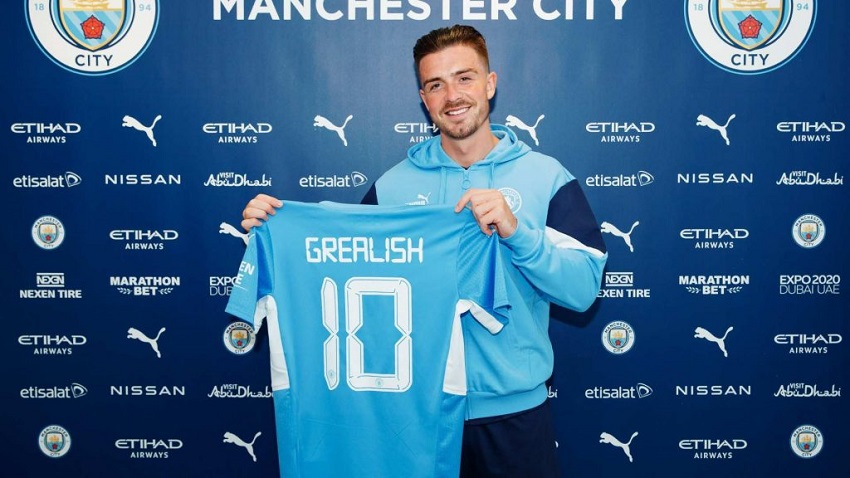 In the wake of strengthening their team for the upcoming campaign, Manchester City broke the British transfer record to complete the signing of Jack Grealish from Aston Villa for a fee worth £100m ($139m).

The England international have put pen to paper to sign a six-year contract after rejecting a contract extension deal from the Villans, which was cited by real money casinos online.

Following his arrival, the English attacker was handed the number 10 jersey which was previously worn by Sergio Aguero, who left for Barcelona in the summer and could be making his debut against Leicester City at Wembley for the Community Shield game.

Talking about his new club, Jack Grealish said: “I am incredibly happy to have joined Manchester City, City are the best team in the country with a manager considered to be the best in the world – it’s a dream come true to be part of this club.

“Over the past 10 seasons, they have won major trophies consistently. Pep coming here has taken them to the next level and the football this team plays is the most exciting in Europe.

“To play for Pep and learn from him is going to be special and it’s something any top footballer would want. His facilities are amazing, and I honestly can’t wait to get started, meet everyone and get playing.”

Alongside Tottenham striker Harry Kane, the 25-year-old attacker was tagged as a priority target for Pep Guardiola who aims to defend the team’s Premier League title while also increasing their chance of winning the Champions League following last season disappointing loss to Chelsea in the final, with casinoclic casino en ligne dropping odds for the game at the time.

The Etihad outfit broke their own transfer record which was set last summer following the signing of Ruben Dias from Benfica for £62m ($79m), it also broke the record deal that saw Paul Pogba move to Manchester United from Juventus for £89m ($116m) in 2016.

Grealish, who could be deployed as either a winger or as an attacking midfielder, will see City become even more dangerous going forward.

The Birmingham-born attacker, who joined Aston Villa at the age of six, signed a new contract at Villa back in September, a deal which was supposed to keep the player at the Villa Park until 2025.

Aston Villa owners have been determined to give the club a turnaround as they continue to invest in the team, having bought the likes of Leon Bailey, Danny Ings and Emi Buendia. But they couldn’t keep their talented player, as the opportunity to win silverware and compete in the Champions League was too luring for the 25-year-old Grealish from Birmingham.