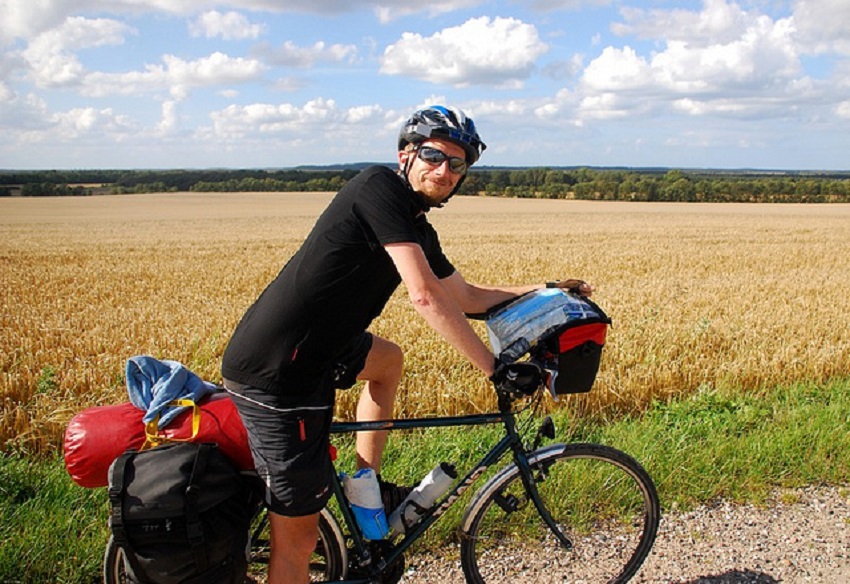 Are you thinking of going on a bike tour but don’t know where to start when it comes to choosing a bike? You’re in luck! In this post, we’ll walk you through the different types of bikes that are perfect for touring and help you decide which one is right for you. Keep reading to learn more!

What is a touring bike?

A touring bike is a specific type of bicycle that is built for long-distance cycling. It typically has a more relaxed frame geometry than other types of bikes, which allows for a more comfortable ride over extended distances. Additionally, touring bikes are often outfitted with features that make them ideal for carrying gear and camping equipment, such as front and rear racks, pannier supports and mounts, as well as multiple water bottle cages.

Touring bikes are typically classified into two main types: traditional and modern. You can choose the best hardtail mountain bike under 1000 for your next tour. Traditional touring bikes will have a more upright geometry, while modern touring bikes tend to be closer to road or cyclocross bikes in terms of their design.

A traditional touring bike is characterized by an upright riding position, which allows the rider to sit comfortably and upright. This is ideal for riders who will be out on the road for longer periods because it places less pressure on your back, neck, and shoulders. Additionally, because you’re sitting up straight with a more open upper body, traditional touring bikes tend to be very comfortable and stable when loaded down with gear.

A modern touring bike is designed to be ridden in a more aggressive, forward-leaning position. This allows the rider to be more efficient when pedaling and can be helpful when riding on roads that are less than ideal. However, because you’re in a more leaned-over position, modern touring bikes can be less comfortable when carrying a lot of gear. Additionally, they may be less stable when ridden on dirt or gravel paths.

What is a touring bike good for?

Touring bikes are an excellent choice for someone who wants to take long-distance trips on their bike. They’re more comfortable than other types of bikes, more durable, and better built for carrying gear, so they’ll hold up longer under the strain of heavy loads. Touring bicycles are also great for cyclists who plan to go on short overnight or multi-day trips, as they provide all the features you need to carry your gear with you.

How to choose a bike for touring?

Here, we’ll go over the different things you need to consider when choosing a touring bike.

One of the most important features of a touring bike is its ability to carry gear. Most touring bikes have front and rear racks that can accommodate panniers or saddlebags, which are perfect for carrying camping equipment, clothes, food, and other supplies. If your bike doesn’t have them already, it’s easy to add them on yourself with some basic tools – or you can buy a touring-specific bicycle that comes with racks installed.

Most bikes will come with one water bottle cage mounted on the frame. On a touring bicycle, however, this is usually not enough, as you’ll need to carry a lot of water with you. Luckily, there are multiple ways to add more bottle cages, such as mounting a second cage on the handlebars or even a third one on the front fork.

Although traditional rim brakes will work just fine for touring, disc brakes offer greater stopping power and have fewer problems with weather and terrain. If you’re looking for a touring bike that will provide the best performance, look for one that has disc brakes.

While most touring bikes will have a triple chainring in the front and a 7 or 8-speed cassette in the back, most road bikes don’t. If you plan to take your bike on rougher terrain, look for one with a triple chainring – it’ll work better for cycling up hills and mountains.

The wheels on a touring bike are typically sturdier and more durable than other types of bike wheels, as they need to be able to handle the extra weight of gear. They’re also usually wider, which gives you a bit more stability when cycling on rough surfaces.

Touring bike tires are typically wider than other types of bike tires, as they need to be able to handle a wide range of terrain. They’re also usually made from a tougher rubber compound, which will last longer and perform better on rough surfaces.

Touring bikes are available in a lot of sizes, so it’s important to get one that fits you properly. While touring bikes have relaxed frame geometry and usually come with larger wheel sizes for more stability, they also tend to be longer than other types of bicycles, which means you’ll need to make sure your seat height will allow you to place your feet firmly on the ground when you stop.

The important thing to remember about choosing a touring bike for yourself is that comfort and durability should be your top concerns since this type of bicycle will likely see more use and endure rougher conditions than other types of bicycles. As long as you keep these things in mind while looking at other aspects of the bike, you should end up with a great touring bicycle that will last you for years to come.

The best bikes for touring are a balance of comfort, weight, and durability. If you’re looking for a bike to tour around the world or if you just want an enjoyable ride with your family in the countryside, there’s a style out there that will suit your needs perfectly.

Tips: How to get a cruiser bike for men?