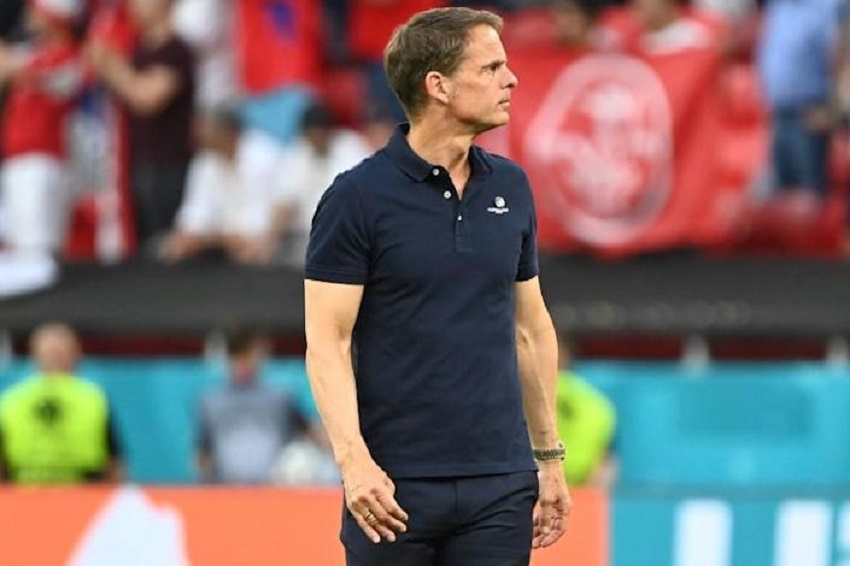 Frank de Boer has officially stepped down from his role as Netherlands head coach after a disappointing exit from the Euro 2020 campaign.

The Dutch manager signed a two-year contract following the departure of Ronald Koeman as the national team coach last September, and now the coach chose to step down with the 2022 World Cup, to be held in Qatar, close.

Netherlands’ European Championship campaign was cut short in the round of 16 after succumbing to a surprising defeat at the hands of the Czech Republic, and the Dutchman took full responsibility for their failure while citing his decision to remove himself from a volatile situation.

On Tuesday, the former Inter Milan manager announced his decision via an official statement, which read via online casino: “In anticipation of the evaluation, I have decided not to continue as national coach. The objective has not been achieved, that is clear.

“When I was approached to become national coach in 2020, I thought it was an honour and a challenge, but I was also aware of the pressure that would come upon me from the moment I was appointed.

“That pressure is only increasing now, and that is not a healthy situation for me, nor for the squad in the run-up to such an important match for Dutch football on its way to World Cup qualification.

“I want to thank everyone, of course, the fans and the players. My compliments also to the management who have created a real top sports climate here.”

Netherlands director of football, Nico-Jan Hoogma said to the media via real money online pokies: “Despite all of Frank’s efforts, the goal of at least reaching the quarter-finals has not been achieved.

“We had bet on a better European Championship, but that didn’t work out. The choice for Frank turned out differently than we had hoped.

“A successor must now be found by me, after good internal consultation. It is imperative to do so, because on September 1 we will be playing the important qualifier against Norway in Oslo. We will now evaluate further, broader than just the coach, sharpen the profile, and do the work that can be expected of us here.”

The 51-year-old manager succumbed to managerial failures during his time with Inter Milan, Crystal Palace and Atlanta United after claiming four Eredivisie trophies while managing Ajax. Shortly after parting ways with Atlanta United, he was picked to replace Koeman as the head coach of the Netherlands national team.

He managed 15 matches for the team, this includes their final four matches in the 2020/21 UEFA Nations League campaign and their first three games of 2022 World Cup qualifiers.

Under De Boer won eight games, which includes all three games in Group C at Euro 2020, and suffered three defeats which include their 2-0 defeat to the Czech Republic in Budapest.