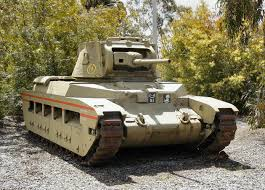 If you could name a Battle tank what would it be? Iron Lord? Doombringer? Avenger? You would probably try and give it something menacing or impressive so that the soldiers inside could feel confident about its abilities or maybe that it strikes terror into the enemy you’re facing. It’s hard to imagine Wehrmacht troops fleeing and screaming “Actung! Das ist Maltilda’s! Raus!” The British Tank naming committee must have been having an off day when they decided that Matilda was a perfectly acceptable name for something that was going to be main battle tank at the start of the War. However, they had another lapse with its successor calling it the Valentine. Whatever the name of the tank I’m sure we’d all like a go at driving one. Check out Tank Driving Days at https://www.armourgeddon.co.uk. You can’t drive a Matilda but you can have a go at something similar. 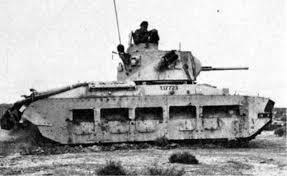 Despite its somewhat soft name, the Matilda was a very useful tank to have around.  Or at least, this would have been especially true if the British were fighting World War one again as the Matilda was built with protecting Infantry advances like those they had had in the Great War in mind. This tank had heavy front armour to protect it as it made its way across no man’s land and into the trenches on the other side. There is an old adage that you fight the current war as if it was the last and the Matilda was a great example of that sentiment. It soon became clear that the old trench warfare was not going to happen and suddenly the British Army was faced with a mobile and fast army whose tanks were very capable of getting around the Matilda’s and hitting them in their weaker rear. As the British Army spent most of its time retreating to Dunkirk in the early stages of the War, a slowly advancing infantry were not required. As a result a slew of Matilda’s were left behind in France. The Germans used them for target practice and gain knowledge on how to defeat them.

They did get a much better run out against the Italians in the North Africa campaign. In fact, the Italian troops had tanks and field guns that could do nothing against them and the Matilda’s ran riot unopposed and unchallenged.  Fine though this tank was it cost a huge amount of resources to make and it was unsuited for the coming invasion of Europe. It was replaced with a cheaper version and the American Sherman tank on the lend lease scheme.