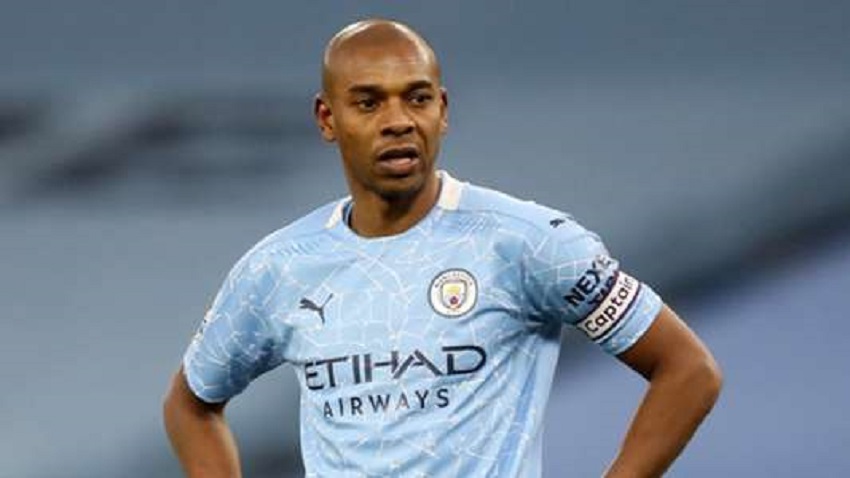 Brazilian midfielder Fernandinho will be spending one more season with Manchester City after penning down a one-year contract extension this summer.

The Brazilian, who plays in the defensive midfielder position, the current contract is expected to expire at the end of the month but the Etihad outfit chose to renew his contract following his impressive contributions to helping them win the 2020/21 Premier League title with best high roller online casino placing odds all across the season.

The 2021/22 campaign will be his ninth season with the Cityzens since his arrival at the English club from Ukraine side Shakhtar Donetsk, and reports have it that City talked about the player’s possible career paths after his eventual retirement.

“In my head and my mind, the job is not done yet,” Fernandinho spoke to the media after signing the extension. “And so that’s why I decided to stay here another year and try to help the team and the club to achieve the goals that they’re looking for.

“In my point of view, we can do that, there’s still places to improve and to get those targets. And obviously, for me and for my family it’s a pleasure to stay in Manchester for one more year.

“If I can keep doing the same way, leading them inside the pitch, off the pitch, to help them to improve and get better and to perform better during the games, I would be the most happy person there.”

The Brazilian midfielder played a pivotal figure in Guardiola’s team that secured City’s third Premier League title in four years while reaching the Champions League final for the first time in the team’s history.

Following their successful Premier League campaign, Fernandinho also played a pivotal role in the semi-final second-leg victory against Paris Saint-Germain but he was left out of the starting lineup in the final defeat against Chelsea.

This summer, the midfielder was linked with moves back to Brazil but his new deal will cancel all these out as he is seen as a key figure in Guardiola’s team having been credited to helping the team turn the season around when he gave a motivational speech to City team following their poor start to the 2020/21 campaign.

“Fernandinho’s contribution to Manchester City cannot be overstated,” the director of football TxikiBegiristain said to the media via best AU online casino. “He is an outstanding footballer – one of the best in the world in his position – and an exemplary professional.

“Since he arrived in 2013, his attitude and consistency have been exceptional, and he has developed into one of our most influential players.

“He is our captain; our leader and it is a position he has excelled in. There are a number of talented young players in our squad and, therefore, it is vital we have somebody with Fernandinho’s knowledge and experience.”

“He remains an important player for us and we are delighted he has committed to another year.”