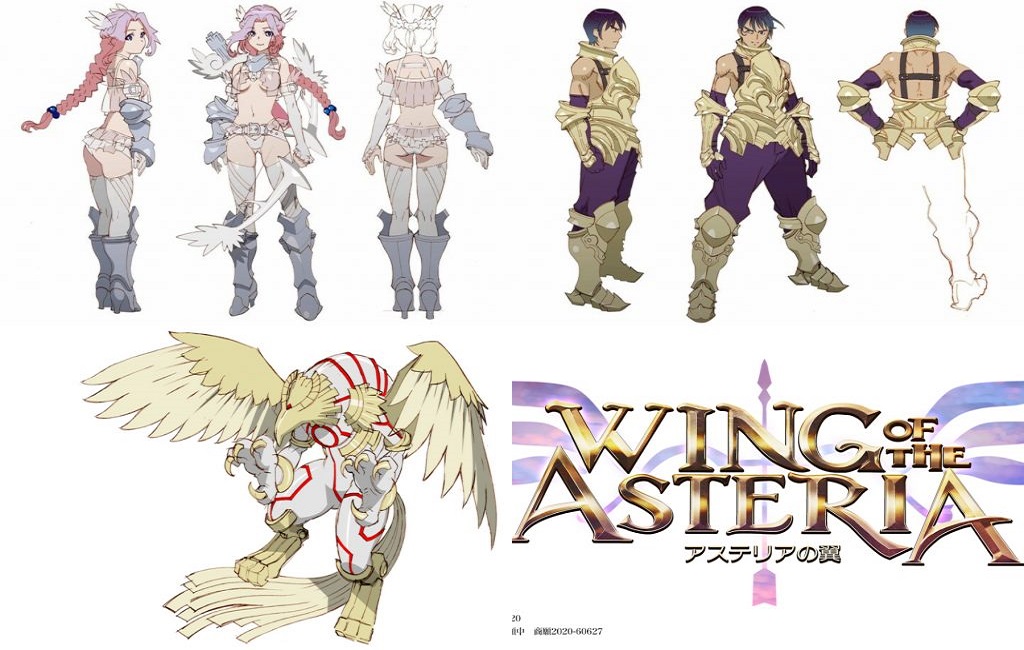 The Greek Mythos are some of the greatest stories ever told, and the tales which have survived for more than two millennia have been ever-present in popular culture throughout history. From William Shakespeare to Assassin’s Creed, a diverse range of entertainment options over hundreds of years has borrowed and recreated some of the best-loved stories from that ancient time. The latest in this long line of Greek-influenced works is Wing of Asteria from Pixel and Kawagen.

What Story Inspired Wing of the Asteria?

Wing of Asteria is a Japanese side-scrolling shooter, which is set for release on PC and Nintendo Switch in 2021. The game is an anime offering with a strong influence from Greek Mythology. The main inspiration for this title is said to be the story of Artemis and Orion. Artemis’s twin brother, the sun god Apollo, did not like the relationship between the two and was instrumental in Orion’s death.

There are various retellings of the story, with some suggesting that Artemis killed Orion through jealousy. In other accounts, Apollo tricked Artemis into thinking that Orion had attacked one of her priestesses. While Orion was swimming to escape a giant scorpion sent by Apollo, Artemis failed to recognize him and took him down with arrows. This appears to be the version on which Pixel and Kawagen’s game is based.

In Wing of Asteria, the story centers on Artemis trying to revive her former lover. Reports suggest that Apollo will also feature, doubtlessly trying to prevent his twin sister from completing her quest. The god of the sun has various allies to help with his cause, including a fire-breathing Griffon who pulls his chariot. Players will get to ride the winged horse, Pegasus, one of the most recognizable creatures from Greek mythology, on their mission.

Wing of Asteria shows that the need for content based on Greek mythology is still going strong in popular culture. This is just the latest in a long line of games that have used the classic stories from those ancient times for inspiration. Going across a range of different devices, the influence of Ancient Greece can be found everywhere.

One of the most recent offerings was Assassin’s Creed Odyssey, which was released by Ubisoft in 2018. The epic action role-playing game is based on the classic poem of the same name by Homer. The work from the legendary scribe details the journey of Odysseus on his way home after the fall of Troy. The Ubisoft game takes a different slant on this and reveals a secret mythological history set during the Peloponnesian War.

While the Assassin’s Creed game will most likely appeal to aficionados of Ancient Greek literature that has had such a big impact on today’s western culture, there have been other interpretations in entertainment that make use of iconic characters from this canon. For mobile, there are a number of games which try to give players an experience of Ancient Greece on the small screen. Titan: Olympus War and Fury of the Gods are two options that reflect the fearsome and capricious nature of the imperfect gods and titans from Greek mythology. The former is a world-building game in which players have to use strategy to prevail, while the latter is an arcade strategy game with three different campaigns for players to enjoy. Meanwhile, in the world of iGaming, there is a wide variety of online casino slot titles that feature famous Greek characters, with the theme being a consistent fan favourite alongside Norse, Egyptian and Western-themed titles. These don’t follow a storyline like console offerings, but they do successfully reflect the popular iconography of these heroes and gods, by providing more concentrated action in the form of online slots.

There are so many different and diverse stories from Greek mythology for creators of modern media to use as inspiration. They could start at the beginning of creation and the formation of the titans, or go further forward in the timeline and focus on Zeus and the other Greek gods

Alternatively, there are interesting stories of great heroes like Perseus and Heracles. The Iliad and the Odyssey by Homer are two highly useful sources for amazing tales as well. Wing of Asteria will doubtlessly be a hit, because of the mass appeal of these classic myths.