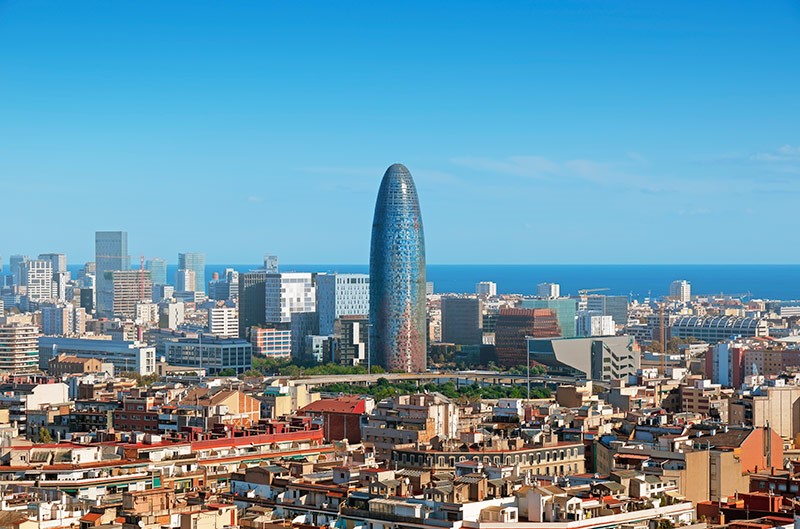 If you plan to spend a lot of time in Spain to learn Spanish, you will have to think carefully about where you will do it. The problem: in such a big and beautiful country, how can you narrow it down to one place?

One way to solve that problem when deciding where to learn Spanish in Spain is to head to several different cities. If you prefer a classroom structure, many multi-location language academies, will accommodate traveling students by enrolling them in classes at every location on their list.

5 cities to study Spanish in Spain

Otherwise, you are alone but don’t worry. You will learn faster than you think through immersion and simply by following your daily routine in Spanish. By the time you leave, you’ll be chatting with groups of locals at your neighborhood’s favourite tapas bar like a pro.

Here, we have summarized the pros and cons of learning Spanish in some of Spain’s largest and most popular cities. Some of them will provide an easier language learning experience than others, but it’s safe to say that you will learn the basics, and then some, most likely, no matter where you go.

Barcelona is an essential stop on any Spain itinerary for a good reason. And not only is the city absolutely stunning, but the Spanish here is very clear. Start the Study Spanish in Barcelona – Spain.

You guessed it: Barcelona is a Catalan hotspot where many residents prefer to speak the local language to Spanish. There are several Spanish school in Barcelona. Also, the city’s status as one of the most visited cities in Spain means that English is pretty common too.

Take up the challenge and try to include some simple Catalan words and phrases in your speech. It will put a big smile on anyone’s face when it hears you making an effort, and it can encourage them to speak a little Spanish.

Madrid is probably the best place to learn Spanish in Spain. The Spanish spoken here is clear and easy to understand, and the city is a vibrant and exciting place to live.

Due to its popularity as a tourist destination, it can be difficult to get locals to speak Spanish with you; many will want to practice their English.

Venture off the beaten track and beyond the tourist center. The further you go, the less common English will be.

Granada has a lot going for it. The food is excellent free tapas, anyone? The city has a legendary flamenco tradition, and there are many language schools to choose from. In addition, as the home of one of the most important universities in Andalusia, it enjoys a young and modern atmosphere thanks to the number of students.

The accent here isn’t exactly the clearest: Andalusians are infamous in Spain for leaving letters, writing words together, and the like.

Looking for an exchange? Many bars popular with college students host them quite regularly. You could even end up with a new friend.

As the third-largest city in Spain, Valencia has a lot to offer: a great drink and restaurant scene, impressive attractions, and plenty of beaches in and around the city. Learning Spanish in Valencia is easy thanks to the clear local accent.

Spanish has co-official status in Valencia, and many locals speak Valencian, one of the many regional languages ​​in Spain. Valencian is officially considered a dialect of Catalan, and some people prefer to speak it rather than Spanish (although this is not too common in the city center).

Enjoy the metropolitan and cosmopolitan atmosphere in Valencia by visiting one of the many exhibitions or performances taking place in the city at any given time, where Spanish is most likely to be spoken.

Malaga’s coastal location and the myriad of historical attractions dating back to Roman and Moorish times make it a fascinating addition to any Andalusian itinerary.

Like Seville and Granada, the Andalusian Spanish spoken in Malaga can be challenging for new students. Also, its popularity with British ex-pats means that English is also quite common.

Malaga is home to a host of fabulous and fascinating museums, such as the Picasso Museum (Pablo Picasso was born in the city) and even a wine museum. Explore as many as you can using a Spanish audio guide to practice your listening; the accent used will probably be much more standard and easier to understand than the local version.