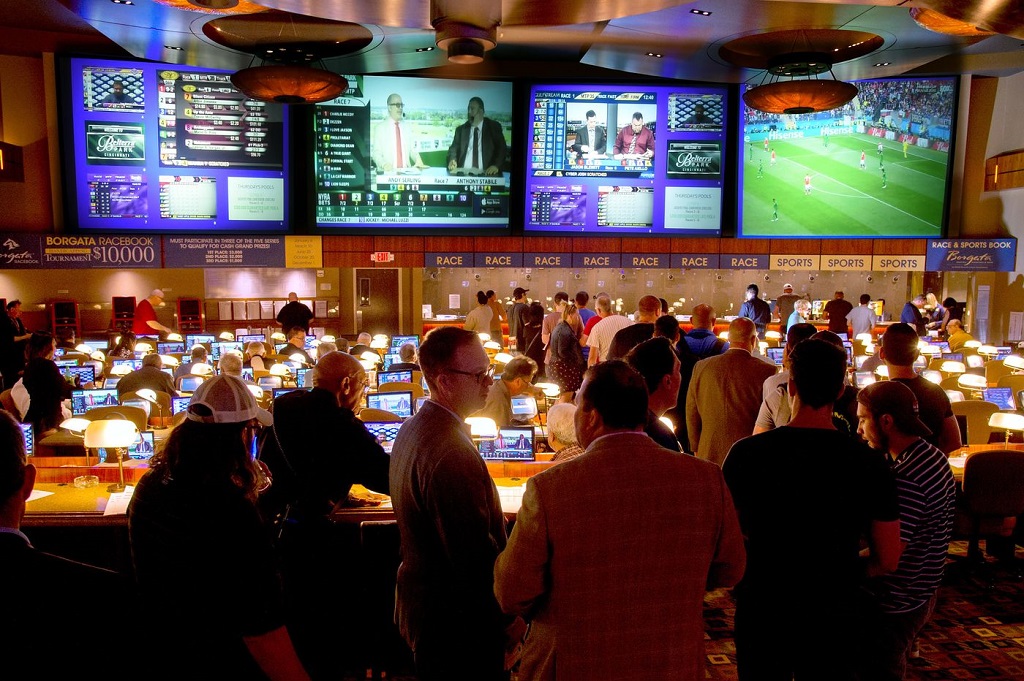 Three years ago, US states were finally given the power to legalize sports betting, and the industry has spectacularly grown since then. The 2018 ruling by the Supreme Court ended years of intense debate triggered by the 1992 Professional and Amateur Sports Protection Act (PASPA), which effectively outlawed sports betting in most US states. In the intervening years, only a few states such as Nevada (home of gambling mecca Las Vegas) had been allowed to legally host the practice. Just a few years later, and things couldn’t look any more different.

Within the first two years of legalization in several states, more than $20 billion had been bet with online sportsbooks in the US. And since then, it has only continued to grow further – in October 2020, it was reported that Americans legally bet an estimated $3 billion on sports for the first time in a single month. Sports betting revenue was, consequently, up by 53.5% year over year for a sum of $237.5 million. This is all the more impressive considering the decreased amount of games played this season.

In fact, several records were broken towards the end of 2020. In December, New Jersey set the national sports betting record for the fifth consecutive month, raking in $996.3 million in bets. On top of this, five other states (Colorado, Iowa, Ohio, Pennsylvania and South Dakota) made more income from betting that month than during the equivalent period in 2019. This shows a staggering increase on the number of people opting to bet at an online sportsbook year on year.

How states are making it legal to use online betting sites

Of course, not all states have legalized sports betting as of 2021, but now 20 states have passed bills to allow it, while an additional six have introduced legislation that soon could make this a reality. And in the states that have passed bills, laws do differ, with online betting not given the green light across the board.

In four states (Arkansas, Delaware, New Mexico and New York), only physical sportsbooks have been legalized, although there are early signs of steps towards online betting being allowed. New York Gov Andrew Cuomo has expressed interest in legalizing online betting, seeing it as a new way of generating revenue for the state.

Mississippi and Montana are two states that have introduced “in-person online” betting, which legalizes the use of online sportsbooks – but only if you’re using them inside a casino. Montana only has one legal app available, and its functionality prohibits players from using it when outside casino premises.

And then there are four states which are limited to a single online betting option. Washington D.C, Rhode Island, Oregon and New Hampshire have all seen an increase in new retail sportsbooks opening in each state, largely due to the lack of choice exhibited by the mobile apps available. At the time of writing, only eleven states have no limits on the number of online betting vendors allowed to operate; Colorado, Illinois, Indiana, Iowa, Michigan, Nevada, New Jersey, Pennsylvania, Tennessee, Virginia and West Virginia. Unsurprisingly, several of these states are among the most robust markets in the sector, generating billions of dollars in revenue in 2020.

What the future holds

There are five additional states that are likely to start accepting bets in 2021. In 2020, voters in 55 of the 64 state parishes in Louisiana supported legal sports betting, but no further legislation has yet been announced to determine whether this will just be retail sportsbooks, or if online betting will be given the go ahead too. Either way, it has clear public support, especially in potential key markets like New Orleans, Baton Rouge and Lafayette.

Maryland similarly said yes to legalizing gambling in the 2020 election, and with bi-partisan support for physical and online sports betting, it’s highly likely both will be approved in any upcoming legislation. South Dakota has similarly voted in favor, but there’s still uncertainty as to whether this will only cater for retail betting.

North Carolina and Washington have both approved sports betting as well, but are still waiting to take their face bet. In the case of the former, laws were passed all the way back in 2019, with the two casinos they were passed for still yet to open for business – it is expected they will consider the approval of mobile betting this year.

By the end of 2021, experts predict that the wheels to legalize the sector may start turning in both Florida and Texas, with the dire budget state in the latter highlighted as a possible cause. And then there are ten states where legislation is still under consideration; Arizona, Connecticut, Georgia, Kansas, Kentucky, Massachusetts, Missouri, Ohio and Vermont. Only in Maine has a bill been vetoed by a governor so far.

With more sporting associations partnering with online sportsbooks, it seems the industry is prepared for more states to pass legislation soon. All analysts are pointing to signs of major growth in the sector by 2025 – but if the above states do start passing laws, the biggest changes may happen before the end of next year.