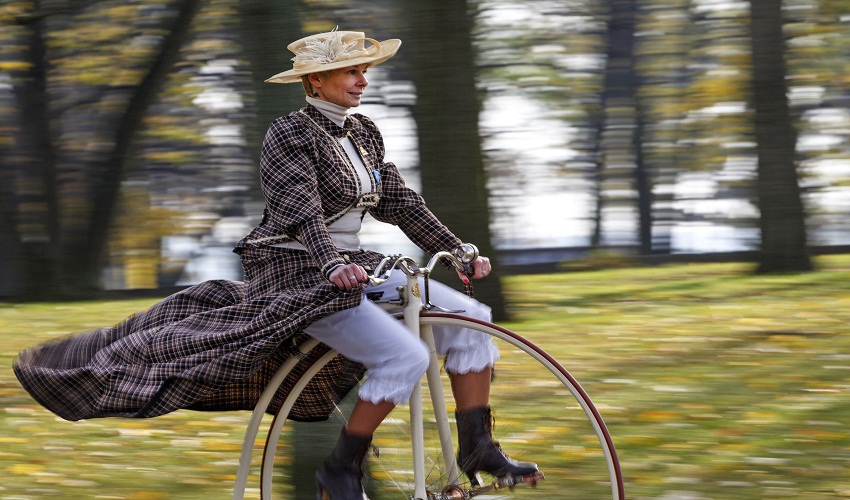 Of course, the human body is a unique mechanism. Nevertheless, some problems arose in the course of evolution. Despite the fact that the organs function well, there are some mistakes in the body. All due to the fact that in the process of changes the body did not turn out perfect. Let’s analyze some of the most obvious shortcomings in the design of the human body and get acquainted with some alternatives.

The human body cannot breathe and swallow at the same time 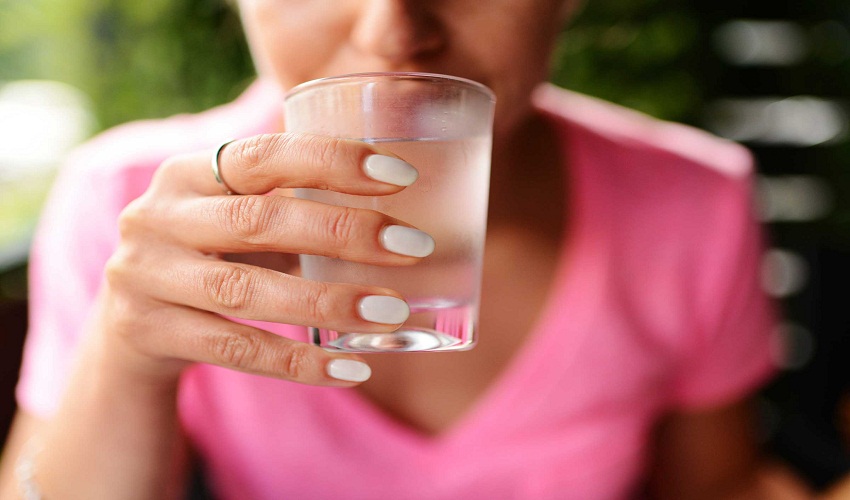 The food we ingest, and the air we breathe, go in the same direction – into the throat. Trachea and esophagus intersect. To prevent food from entering the trachea, there is a special organ called the epiglottis. It closes the trachea when you swallow food. Nevertheless, sometimes it does not have time to work, for example, when you talk and laugh at a meal, the food may well get into the airways. Sometimes it leads to death. Animals are different. For example, a trachea in whales is located separately, on top of the head. If people had a tracheal outlet not in the throat, but in the nose, the airways would be completely safe. The only problem is that we could not talk like this.

We have only one row of teeth, some of them useless 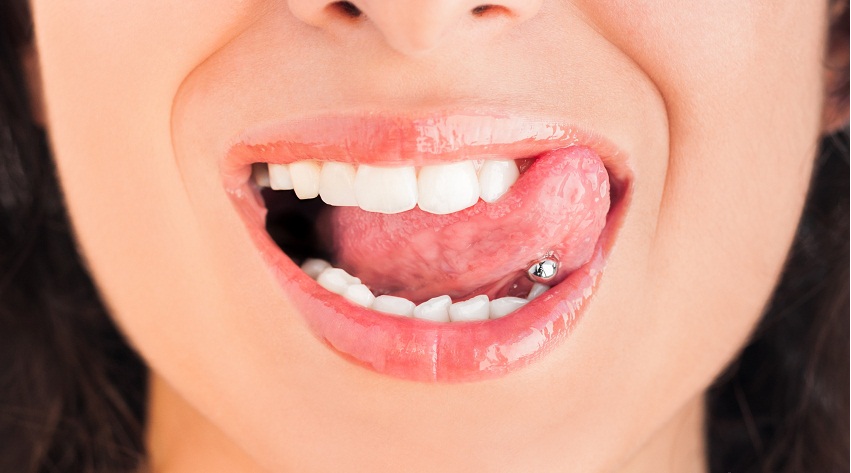 People have only one set of teeth, which should last a lifetime. Nevertheless, according to statistics, only a few keep their teeth healthy until old age. If the old tooth falls out, the new ones do not grow. In addition, the wisdom teeth are absolutely useless. The ancestors had longer jaws, and they were needed, and now we absolutely do not use these teeth for chewing. They are as useless as the coccyx. In this case, some creatures are completely different: the sharks have several rows of teeth, and they are constantly growing. In order for a person to have the same jaw, a much larger mouth would be required.

The retina is opposite 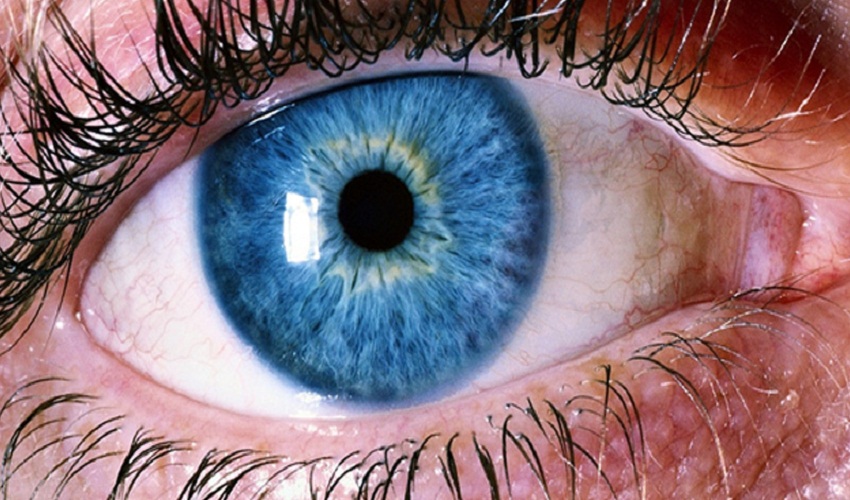 Cells of photoreceptors of the retina resemble microphones, which are directed in the opposite direction. Because of this, the light must completely pass through the cage, and also through the blood and tissues to get into the retina. This design is not ideal, because of this there are many problems, sometimes leading to blindness. In addition, that’s why people sometimes have a blind spot – a site that has no sensitivity to light. In many animals, the other structure of the eye, for example, in octopuses and squid, has cells located in the direction of the light – this is more logical. This arrangement helps to see much better.

Check This Out: The definitive manual for a perfect beard

The abdomen is not protected 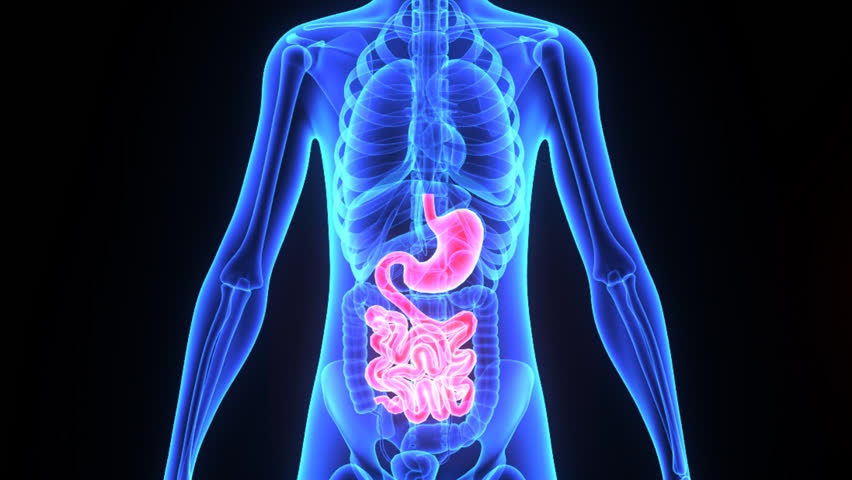 The human body can cope with external influences, for example, the brain is protected by a strong enough skull. In this case, the stomach is full of extremely important organs, which are closed only by a thin layer of muscles. It is not enough to fall down enough to damage your internal organs. If you compare the body with the lock, then it should have strong walls, and not a gap in the middle. To ensure that the stomach was better protected, additional ribs would be required, and without them, the human body remains very vulnerable.

Check This Out:Why do psychologists also go to best therapy? about 3 things

The spine cannot be straight 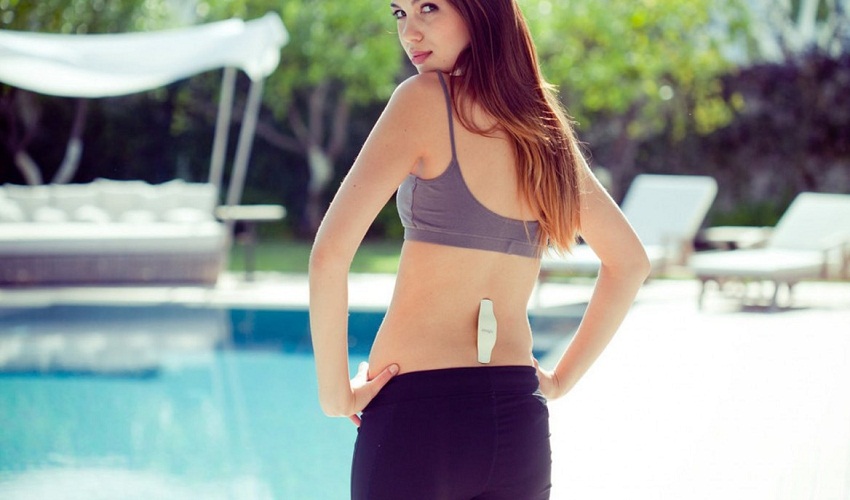 All that is located above the loin, creates a load on the spine, because of what it bends. This, in turn, creates stress for many internal organs, leading to chronic fatigue and pain in the back. Even if you lead an active lifestyle, the spine wears out with age. To keep the head and body in a straight position, the spine should be constantly bent. This leads to a number of problems. Dogs have fewer bends in the spine. To a person could walk in the same position of the vertebrae, one would have to move on four limbs, which is simply impossible to imagine.

Our legs are too complicated 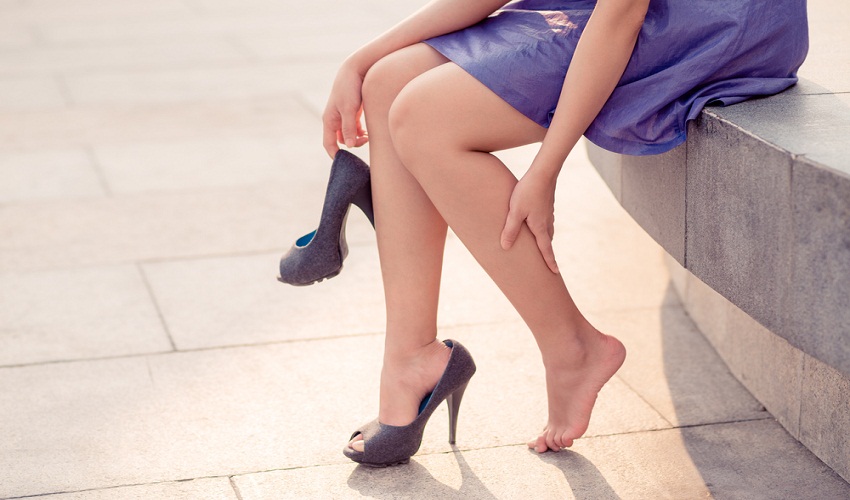 The leg consists of three dozen bones. The ancestors who climbed the trees really needed such a mechanism, but now we walk on the ground. There are bones and ligaments in your legs that are completely unnecessary for walking. This can lead to such troubles as stretching muscles or be cracking bones. Legs of the ostrich are much better and more effective – the ankle and shin are connected. The ostrich has only two fingers that are needed for walking, and the kneecaps are pointed in the opposite direction, which prevents injuries. When the knees are positioned the way a person does, falling can cause serious damage.

We can not fully recover 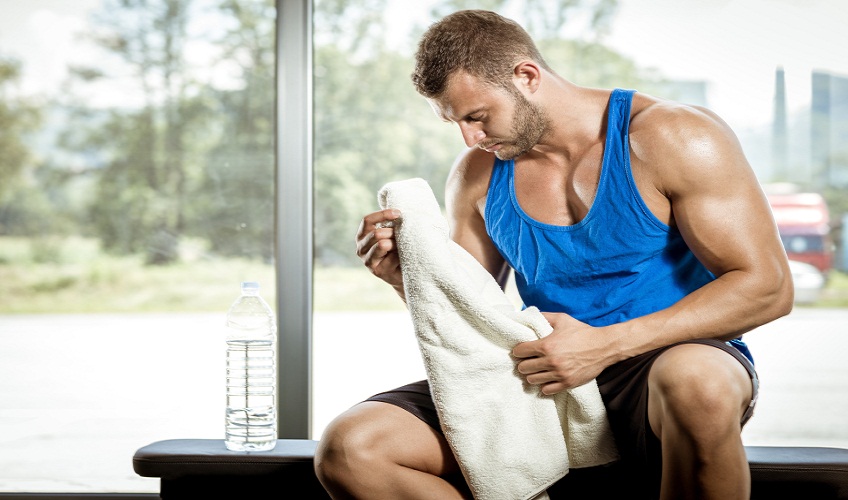 If a person loses the first phalanx of a finger, the missing part is restored to a certain level within three months. Previously, such a mechanism was only in the body in children, but later it was found that adults are capable of regeneration. Nevertheless, we can not grow an entire organ or an absent limb, because their structure is too complicated. The leaders of recovery are the newts – they can grow the retina of the eye, limbs, tails and even parts of the lower jaw with new teeth. Of course, such abilities for regeneration would also be useful to a person.

Scientists cannot determine why you need an appendix 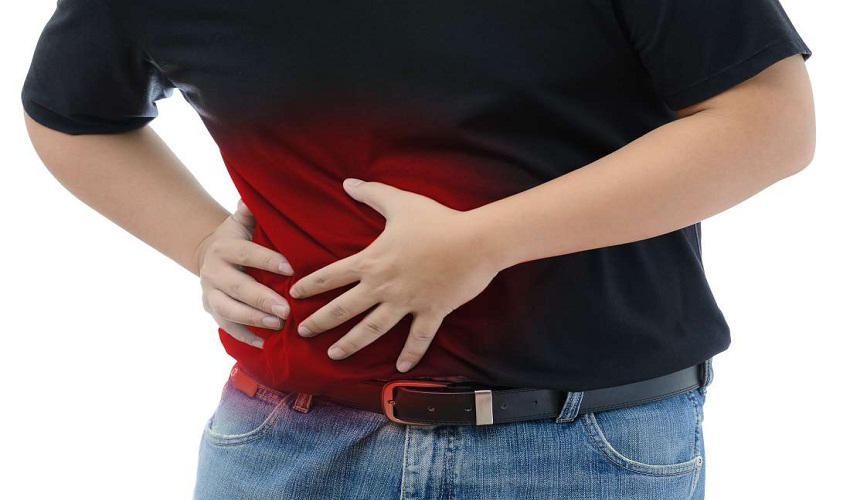 It is not known at all why people need an appendix, however, five to ten percent of people face appendicitis, which requires immediate surgical intervention. Charles Darwin believed that the appendix is a rudiment left in the course of evolution. Before, it was needed for special digestion processes. Nevertheless, now it would be better if people were born without an appendix. However, it helps the work of immunity – may be, absolutely useless parts in the body and no, just not all of them are sufficiently studied.

It is very difficult for women to bear children 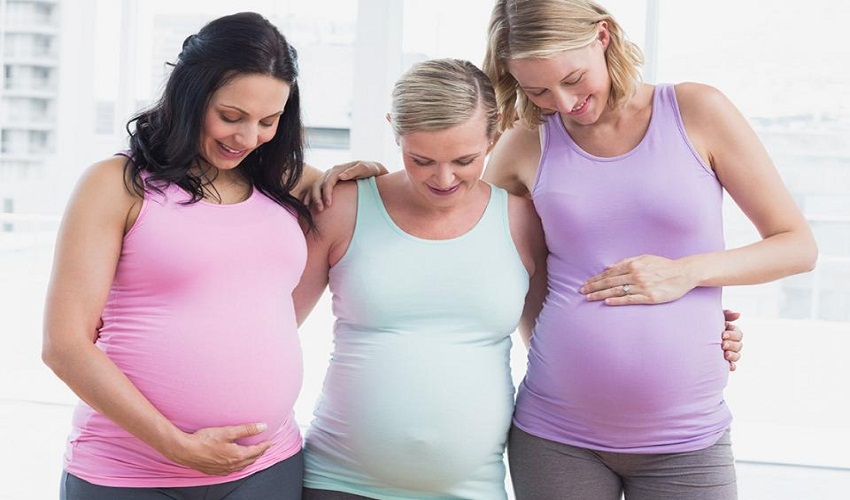 Childbirth has always been an extremely painful and sometimes dangerous process. The thing is that women have a rather narrow generic canal. In addition to discomfort, this causes a risk of injury. Since human evolution has moved too fast, the birth canal has not managed to adapt to the upright. Scientists believe that over time women will cease to give birth in a natural way, eggs and spermatozoa will be combined in the laboratory, and then the parents will simply be able to take the child from the clinic. Nevertheless, it will take another thousand years to wait for such a moment.

In cell division, there may be errors 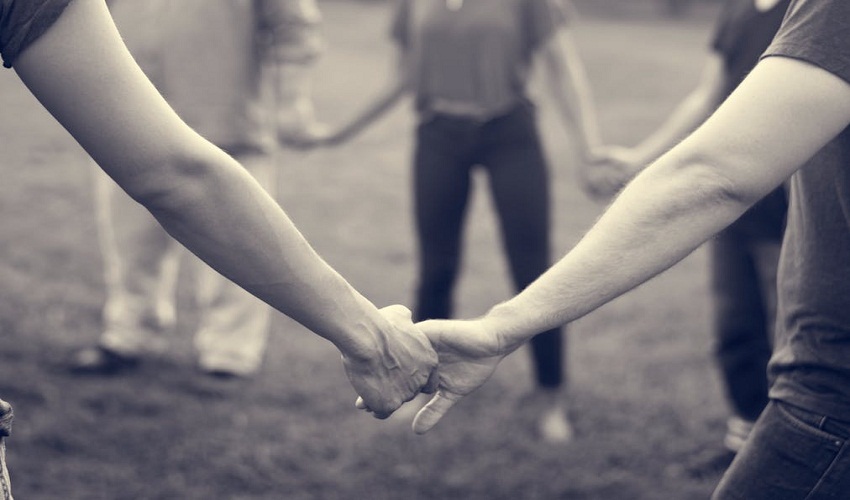 Some experts believe that the Y-chromosome, which determines the male sex of the embryo, will disappear in hundreds of thousands of years. Unlike the rest, this chromosome is not restored. In every generation, there is one percent of men with a mutation of a given chromosome, which reduces fertility by ten percent. In addition, harm can be caused by drinking alcohol, pollution and constant stress. It remains only to hope that science will be able to fix it and men will not disappear.

Scientists note that there are other problems – multifunctional genitals, the inability of the body to produce vitamin C or the location of the reproductive organs of men outside the body, which makes them highly prone to environmental exposure. If it were possible to create an ideal body structure, such a person would look rather strange. In addition, there would be other difficulties. For example, additional ribs to protect the internal organs would make the human body less mobile and flexible. Folded bones in the legs would lead to the fact that we just could not play football. It is unlikely that a person in the future will look as scientists imagine the ideal model.