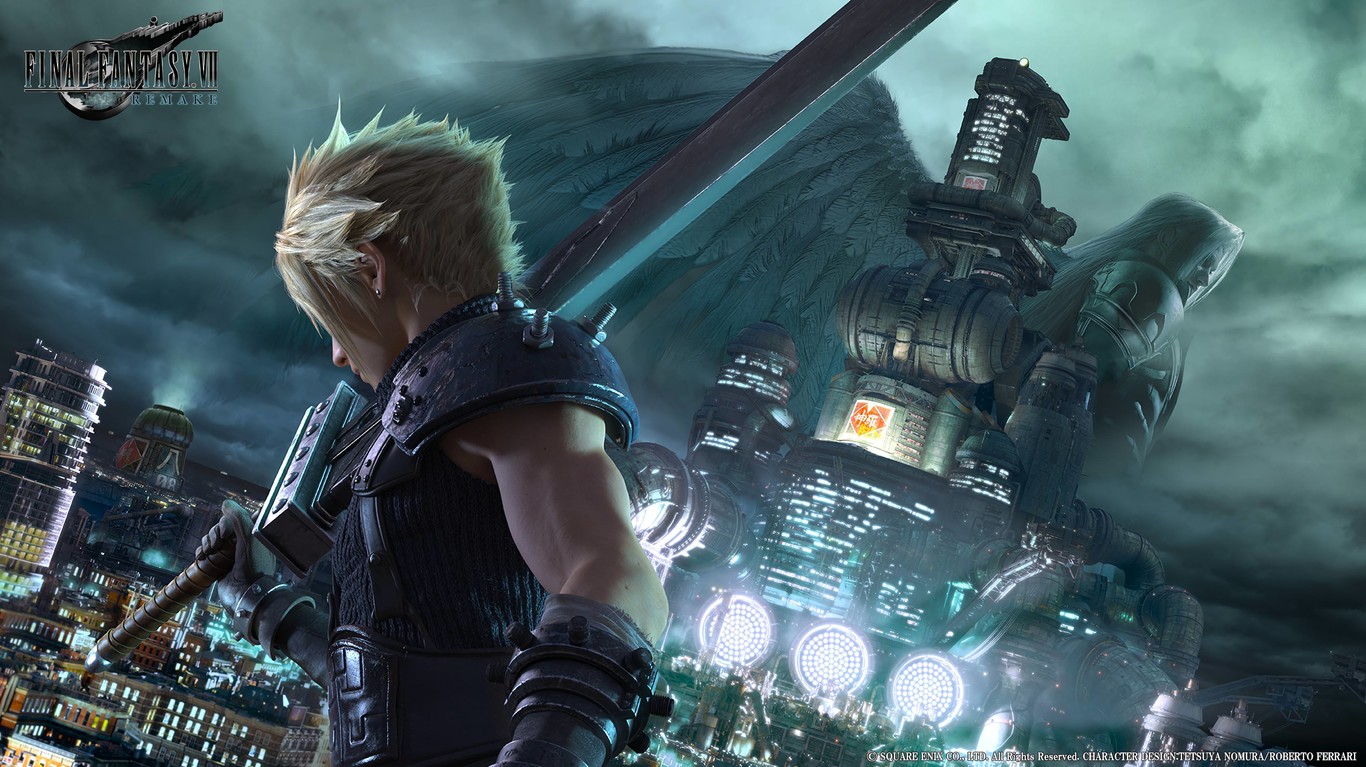 I am one of those who believe that it is better to leave the dead alone. Reliving old glories is not only difficult, but also a dangerous opportunity to cling to the nostalgia factor and end up destroying memories trying to go beyond what they once intended. The controversial decision to leave and expand it all with Final Fantasy VII Remake seemed like the perfect breeding ground to prove me right.

However, against what could be drawn from those lines, I adore when a game closes my mouth. When he catches me, he convinces and surprises showing that he was wrong and that the present can be improved by updating an idea and characters with more than 20 years behind him. Final Fantasy VII Remake is the game your fans deserved.

Square Enix has not done a perfect job and despite the enthusiasm with which one writes about it, it is hard to get it out of one’s mind that this should have been a game with the full story. A mastodon of hundreds of hours that collects everything from start to finish instead of releasing a “continue” after the final cinematic.

Final Fantasy VII Remake turns the initial three or four hours of the original adventure into a game with a face and eyes capable of overcoming a full day and lasting up to 40 or 50 hours for those with a desire for completion.

Despite staying on the path of what it counted on the first PlayStation, the extra hours mean returning to Midgar and its sectors from a deeper perspective, with more activities and a beautiful 3D world to explore.

An excellent gateway to what for many is still the best FF to date.

There are moments that are a real blast. Of those to stay amazed to appreciate every detail that the game has prepared. The ascent to Shinra from the slums at a certain point in the game is simply spectacular, and generally speaking, looking up to complete the metallic sky under which the less fortunate classes live is stunning.

The same can be said of characters, environments and animations, with all reaching a superb level and making you fall in love even more than they were previously protagonists made from cubes and pyramids. There is no technical complaint possible and it worked like a shot from start to finish.

What it adds, always with the best of intentions but not with the same wisdom, thus becomes a perfectly valid return and recommended for those who already enjoyed it and, of course, also an excellent gateway to which, for many of us, it is still the best Final Fantasy to date.

Final Fantasy VII Remake puts us at the feet of Cloud Strife, a mercenary with enhanced powers who finds himself embroiled in contention between a large corporation, which is depleting the planet’s resources, and the eco-terrorist group trying to stop them.

Hand in hand with the latter we will win companions to consider friends, we will know the ins and outs of the city of Midgar and we will venture brushstrokes both of what happened before the game and what is to come.

Reliving history from a more ambitious perspective is appreciated.

It was easy to see that by multiplying by 10 the number of hours that part of the story involved, the filler was going to be a great enemy when it came to expanding the plot, but I couldn’t be happier with Square Enix’s work in that sense.

The development and nuances that are given to both the main characters and everything around them is, simply and simply, excellent. Today I have the feeling of knowing better the motivations and growth of each one of them, and I do it without being able to say that this or that other cinematic or conversation was left over in history.

It is no less true that some additions miss, especially if you have the original story very present and you start to see things that you do not know where they came from. It is also rare to delve into topics that were theoretically explained in depth later, but in no case do they seem to be stuck in a shoehorn and you end up thanking for reliving the story from a more ambitious perspective.

It’s not all flowers

Moments of alien shame aside (when you complete Mercado Muro you come to agree with me or not), the formidable way in which Final Fantasy VII Remake expands and improves the story is not extrapolated to everything it does with the intention of adding hours.

There is no complaint here for the typical “go there and kill me those monsters” commissions , available in the three sectors of the Midgar neighborhoods that we will visit and a perfect complement to what was previously a mere farm experience.

It is the dungeons, repetitive tours of sewers, train stations and research laboratories, which undoubtedly lags far behind everything else.

From the hand of labyrinthine clonal corridors, and puzzles that are limited to activating a button here and then going back and activating another, Final Fantasy VII Remake excessively resorts to the resource of “ oh, now it seems that we are going to have to activate all these buttons to activate that door that we should have already opened ”.

Zones that I remembered boring are now spectacular and very interesting.

A soporific formula that is only there to add hours to what were previously four stairs that were completed in a couple of minutes. An excuse that serves to give way to new cinematics, battles and lines of dialogue. Undoubtedly one that would not bother at all if it were made wisely, but which sins from an irremediable lack of originality and a certain intention to muddle through with the bare minimum.

In the same way, I must admit that many additions are tremendously welcome. The large-scale recreation of each sector, with shops and characters waiting to be known, adds to enlarged parts and areas that he remembered as boring and are now as spectacular as they are interesting.

The walk through Shinra’s offices is probably the best example of this. Fantastic minutes and made with a tremendous mime that will make any fan of the original game fall in love and help newcomers to understand much of what is explained in their story.

Even those previously mentioned corridors sometimes use details or references from the PSX game to make up the ride, but once the wink is over, the only thing left is something empty and boring that, hand in hand with stairs and rather poor mini-games, makes you want even more end up getting from point A to B once and for all.

Combats capable of making you forget the system in turns

It bothers you even more because going through empty corridors activating levers and moving cranes means moving away from what you are enjoying as a hog: history, graphics and, bordering on the same level, a formidable and addictive combat system capable of making us forget the countless hours spent in his mythical turn-based fights.

Inherited from the RPG action of Kingdom Hearts and refining the formula for Final Fantasy XV to make it more tactical, fighting live openly, with characters running around, hiding behind pillars to prevent strokes and approaching the target to attack and fill in the action bar.

Filling up slower when we’re away from combat, the game requires joining the action with punches, dodges, and parrys to grab one of those valuable slices of the bar.

They are in charge of allowing us to perform any special action, from performing a skill hit to using an object. The same for the use of magic or invocations -excessively few in number, by the way-.

It is superb, challenging and one of those virtues that make Final Fantasy VII Remake a special game.

Along with this, the possibility of switching between one character and another -for example, to attack with the right member an aerial enemy-, as well as being able to dictate orders using quick commands or by displaying a menu that greatly slows down the action. That gives way not only to organization and experimentation, but also to spectacular scenes in which you see how the bullets touch the camera.

It is superb, challenging and one of those virtues that make Final Fantasy VII Remake a special game. Surprising how the lightest combats can be solved without too many problems and, to my surprise, how those mythical battles that dragged on forever are present here again when it comes to standing up to the bosses.

Most entertaining contests in which to be constantly attentive to everything, begging for a shot of Ether to be able to use effective magic and celebrating victory grateful for the challenge that the game has just given you. Do not back down because it is very easy to understand and profound to master.

A real joy that, if you choke, you can change for a noticeably easier version or a mode with automatisms. And if you want more, a difficult mode and several additional combat options to get even more juice.