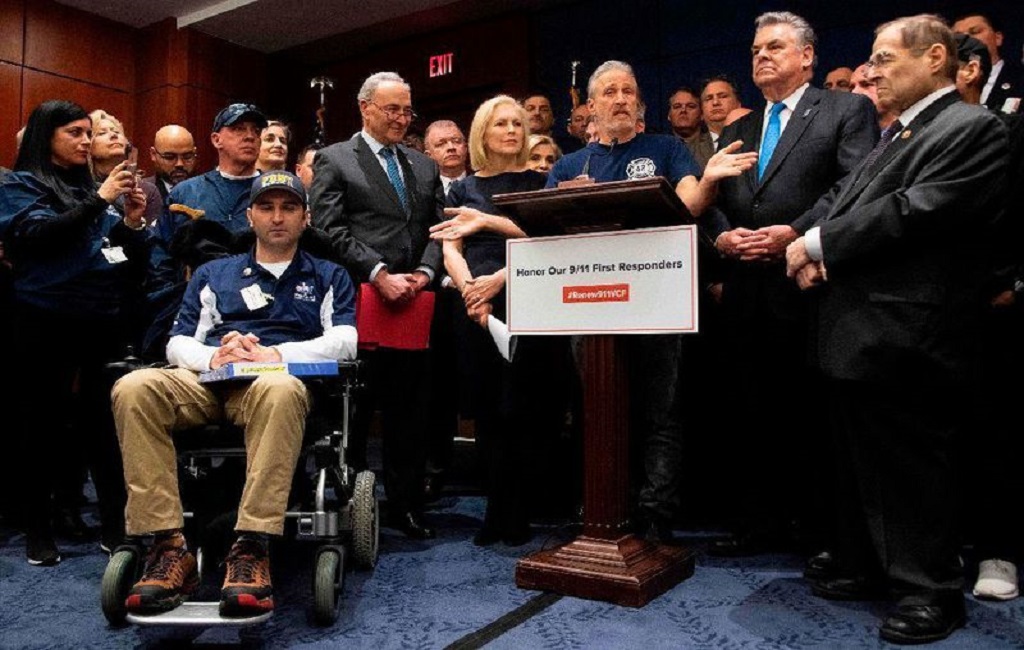 The 9/11 terror attack is a part of this nation’s memory. Everyone alive during that time remembers their location when they heard about it unless you were a very small child. In many ways, it’s like a different generation’s JFK assassination.

More than 3,000 people died in the attack, but many more have perished since then. Those include transit workers, downtown Manhattan residents, and first responders who lived and worked in that area right after the event.

It is toxic dust cloud exposure from the site that has made them sick. This poisonous cloud contained many harmful chemicals, including asbestos, lead, and mercury. Many of the individuals who breathed these are now dealing with various cancers and respiratory problems.

The government set up the 9/11 Victim’s Compensation Fund to help pay for cancer treatments. However, out of state workers also rushed in to help, and they can apply too in some cases.

Let’s look at what kinds of out of state workers can apply to receive medical bill funds.

The Ground Zero air right after the attack contained more than 2,500 known contaminants. Once you realize that, it’s not surprising that the first responders that rushed in are now dealing with things like:

Some use things like albuterol inhalers to help them, but for lung cancer, they need more substantial treatment.

Out of state police officers are at the top of the list of those who came to Ground Zero during the hours and days right after the attacks. Police officers stick together, even those from different cities and states.

These individuals knew that their fellow sisters and brothers in blue needed them, not to mention all those still trapped in the rubble. Many of them came to lend a hand, so it’s a great thing that the Victim’s Compensation Fund is in place now to help them.

Construction workers from other states and cities also came when the Towers fell. They were there to do things like:

Some of these brave women and men have also contracted cancer and are experiencing other dire medical conditions. They can apply to the fund as well, provided they can establish a link between themselves and the cleanup and rescue efforts.

Many firefighters perished right after the Towers fell. They came from all over New York City, some of them on foot, since vehicles could not approach the site easily.

Like police officers, firefighters stick together. The selfless actions of many that day saved countless lives.

However, firefighters from other cities and states came as well. They knew there were still people in danger, and they wanted to help in any way they could.

It’s not really surprising that some of them are ill now since they worked on the pile while the wind swirled the toxic cloud around them. Now, those who are experiencing cancers and severe respiratory illnesses can apply to the Victim’s Compensation Fund too.

Some medical personnel, like paramedics, also came from out of state following the Towers falling. They knew that NYC needed their skills, and many of them came via their own volition.

Like the police and firefighters who gave of themselves by coming, some of these individuals are now ill and struggling. They can certainly apply to the fund for help.

One more group that can apply for the 9/11 Victim Compensation Fund aid are doctors who arrived from out of state to aid the victims who first responders were pulling from the pile. They set up medical help all around the rubble and assisted victims, treating them, or sending them to area hospitals, whatever was appropriate.

Some of them inhaled the toxic cloud too, so they can apply to the fund if they’re sick now.

While it’s entirely appropriate that all of the groups we mentioned receive aid, what can be a little challenging is proving that they were there and that they took part.

You’d think that no one would try to fraudulently take advantage of something like a victim and first responder aid fund, but some people have attempted exactly that.

Out of state first responders must rely on things like eyewitness testimony and any written records to establish that they were truly there, and they deserve relief if they’ve now become ill.